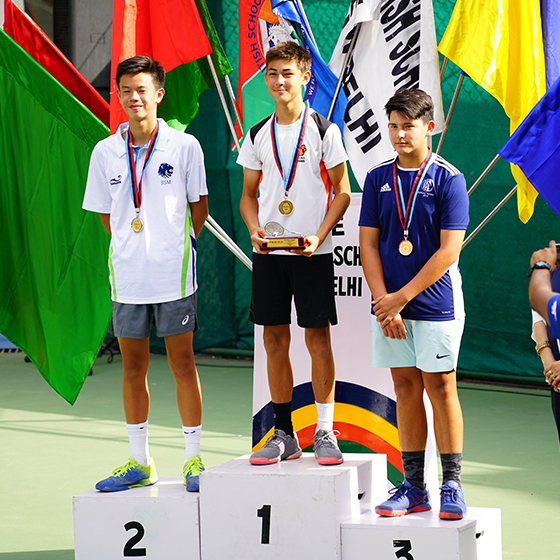 The Bangkok Patana Tigers Tennis FOBISIA team participated in the seventh FOBISIA invitational tournament, this year held in New Delhi at the Delhi Tennis Academy where the 2010 Commonwealth Games had taken place.

Twenty-three student-athletes, 24 supportive parents and three coaches made the trip and all had an amazing experience. Our players were very successful winning three of the four events; Mark Nielsen took the Under 15 Boys’ title, Pawinee (Balloon) Ruamrak the Girls’ Under 15 and Penn (Penne) Charusorn won the Boys’ Under 13 competition. Congratulations to Lily-Anne Boucher for taking third place in the Girls’ Under 13, and a big well done to all the Bangkok Patana players.