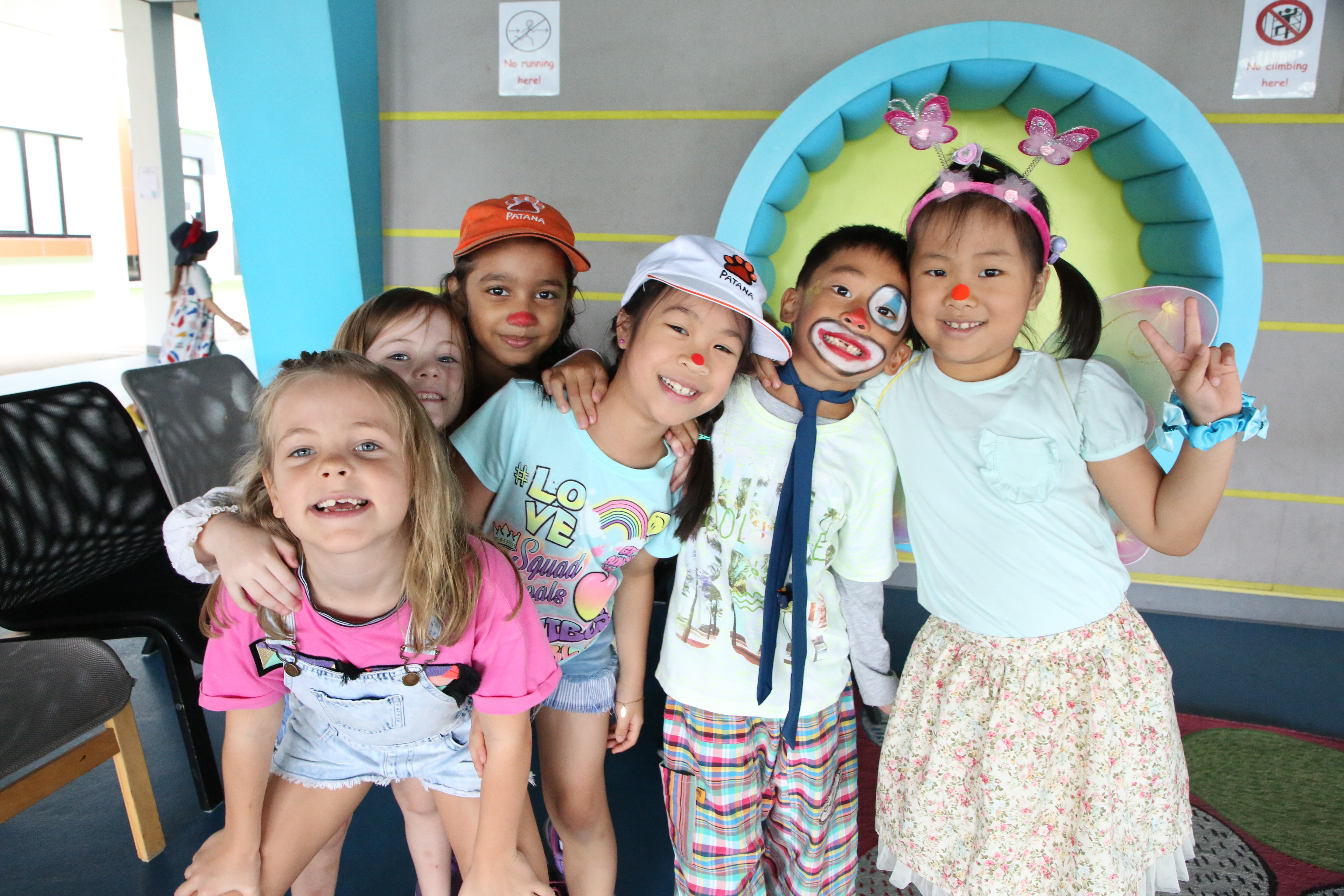 Comic Relief is a British charity, founded in 1985 by the scriptwriter Richard Curtis and comedian Lenny Henry in response to famine in Ethiopia. The highlight of Comic Relief’s appeal is Red Nose Day, a biennial event held in March, that donates funds to worthy causes around the world. At the end of Red Nose Day 2015 it was announced that in the 30-year history of Comic Relief, Red Nose Day and its sister event, Sport Relief had raised in excess of £1 billion.

This year’s theme for Red Nose day at Bangkok Patana was ‘Multi-coloured Movers’ with Primary students and teachers donning their brightest, craziest outfits and showing off their dance moves! There was collaboration between Year groups as classes came together to share their best routines and generally have some fun all in the name of Comic Relief. Students were encouraged to ‘earn’ their 100 baht donation by helping at home with the washing up, tidying their room or even walking the dog! In Secondary, an entertaining game of ‘fortune pong’ kept the students engaged during lunchtime!

Thanks to everyone for their participation and donations to this very worthy cause!