Matt Mills has been in education since 1984. He grew up in the pacific atoll where both his parents were running NZ outreach schools in Samoa and the Solomon’s. Matt attended Massey University gaining a B.ED and got his M.SC. Ed (Hons) from Walden University in the States. He has run schools in Auckland, NZ, Hong Kong, China, Shanghai China and Munich, Germany before being appointed Head of School at Bangkok Patana School, Thailand in August 2008. He is married and both of his sons have graduated from Bangkok Patana School and are attending universities in Melbourne Australia. Matt is currently on the ISAT, (International Schools Association of Thailand) Board and is in charge of membership. He is also Vice-Chair of FOBISIA, (Federation of British International Schools in Asia). He has been a CIS Chair on numerous occasions including conducting the very first series 8 edition in Australia working with a team of 18. 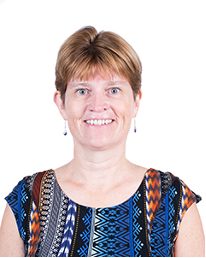 Originally from Wales, Helen studied Biochemistry at Birmingham University, achieving a BSc. (Hons) and her PGCE. She completed her Masters of Education at Bath University. During her 28 years teaching she has taught Biology in the UK, was Head of Biology and Key Stage 4 at the British International School in Rome and also the Head of Sixth Form and a Biology teacher at the British School in the Netherlands. Helen joined Patana in August 2005 in the role of Secondary Assistant Principal, Student Welfare before taking on the Cross Campus Principal in August 2018. 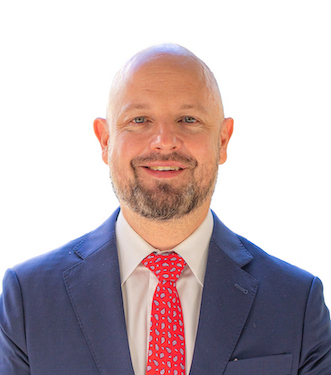 Matt was born in the UK. He graduated from the University of York with an honours degree in Mathematics and Statistics, before training as a teacher through the University of Cambridge. Matt has obtained the National Professional Qualifications in Senior Leadership (NPQSL) and Headship (NPQH) and is currently completing his Masters in Educational Leadership at the University of Chester. Matt began his teaching career in Cambridgeshire, initially specialising in pastoral leadership, before moving to Hong Kong to be part of the founding Secondary Leadership Team at Kellett School, where he worked for 10 years. At Kellett School he led the community during a period of rapid expansion from start up school, through to relocation in a newbuild campus, whilst establishing it as one of the leading schools in Asia. 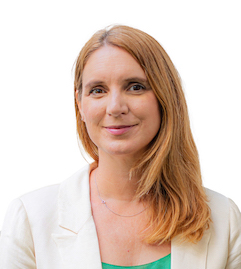 Sarah joins Bangkok Patana as the head of Primary this year. Sarah has 9 years senior leadership experience in international schools in Hong Kong and Ireland, broad teaching background in diverse classroom and EAL posts plus a background in business development. Sarah graduated from Hull University with a BA hons degree in American Studies; completed QTS through the graduate teaching program in Hackney, London and went on to complete a Masters in Education Leadership with Bristol University. Sarah has two sons in Secondary school. 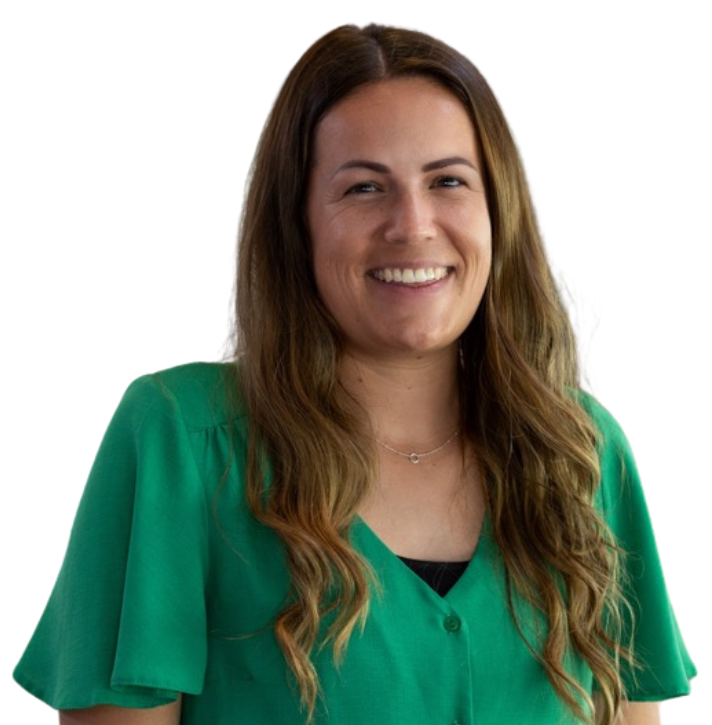 Alice grew up in Kent, England with her parents and three sisters. She spent the first seven years of her teaching career in a school in South East London where she held the positions of PE teacher and Head of Year. Alice decided to explore international teaching after hearing so many positive, exciting stories from friends and headed to Kuala Lumpur, Malaysia in August 2018. At the Alice Smith School, she led the Secondary PE department and was heavily involved in sporting events across SEA for both FOBISIA and SEASAC. After four years, Alice decided she was ready for a new challenge and is excited to experience living and working in Bangkok.

Cindy is a dual national of Australia and New Zealand. Her undergraduate degree is in Coaching Science from the University of Canberra, she has undertaken post graduate studies in Career Counselling for Elite Athletes through Victoria University in Melbourne and a PGCEi and Masters in Education through Nottingham University in the UK. Before working at Patana Cindy was the General Manager of Fiji Swimming for three years and also worked at the Australian Institute of Sport for 8 years in their Centre for Sports Development. Cindy started at Bangkok Patana as the Head of Swimming for 8 years before becoming the Cross Campus Assistant Principal, Extra-Curricular Activities and Sport in 2016/17, followed by her transition to Cross Campus Assistant Principal, Continued Professional Learning in 2022/23. 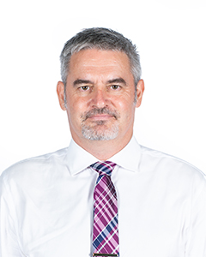 Currently Cross Campus Assistant Principal, Curriculum Technology Integrator since 2014, Brian joined the Science faculty in August 2002 as the KS3/4 Science Coordinator, becoming Head of Science in 2008. He started his career as a chemical engineer following a B.Eng. in Chemical Processing and Materials Engineering from Nottingham University. In addition to his native UK, Brian has taught in Kenya, Togo, Oman and Qatar. Presently he is studying for his M.Ed. Master of Education in Educational Leadership and Administration with the University of Bath. 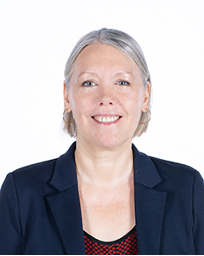 Carol comes from the UK. She received her B.Ed from New College Durham and her M.A. from the University of London. Prior to joining Patana, she was Head of Upper Key Stage 2 at the British International School Jakarta and, before that, Deputy Head at a school in Camden, London. This is her twenty-first year at Patana and her roles during this time have included Primary Head of Science, Primary Head of Year, and Senior Teacher. Carol is currently the Primary Assistant Principal, Learning and Welfare and leads Whole School Safeguarding at Patana. 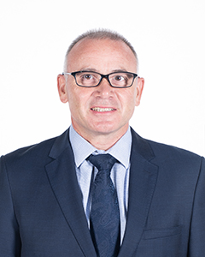 Mark was born in the UK and completed his PGCE at the Institute of Education, University College of London in 1995 and his Masters in Education from Bath University in 2013. Mark began his teaching career at Sandhurst Junior School in London in 1995 before moving to Thailand in 2002, where he was the Assistant Principal of Primary at Shrewsbury International School in Bangkok. In 2012 he moved back to the UK and became Head teacher of Babraham Primary School in Cambridge before moving back to Thailand in 2017 to become Assistant Principal of Learning and Curriculum. 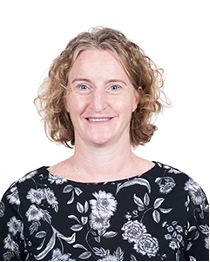 Lorna was born in the UK. She graduated from Leeds University with an honours degree in Geography and then went on to train as a Geography teacher at the University of Cambridge. Lorna has also obtained a Masters in Education from the University of Cambridge. Lorna has been teaching for 22 years and been an Assistant Principal for the past 11. She began her teaching career in an inner-city school in London where she taught for 3 years before moving to Sri Lanka to be Head of Geography at Colombo International School. After 3 years in Colombo she moved back to the UK to teach in a large state comprehensive in Cambridgeshire. It was here that Lorna first joined the senior leadership team and became Assistant Principal in 2010. Lorna has been at Patana for three years in the role of Secondary Assistant Principal, Student Welfare. 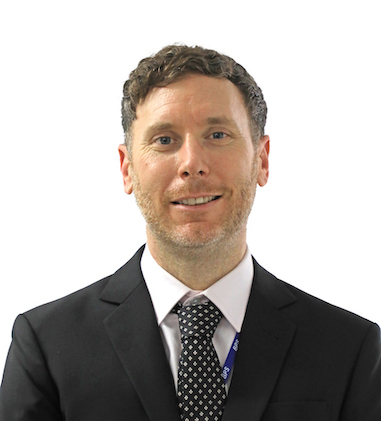 Luke was born in Germany as his parents were both teachers in a British Army School. He graduated from the University of Plymouth with a BSc in Digital Technology and then went on to train as an Information Communication Technology teacher at the University of Brighton. He will complete his MA in Educational Leadership and Management at the University of Bath next year. Luke has been teaching for 18 years and has been a Senior Leader for a total of 6 years. He began his teaching career in East Sussex, Crowborough, very close to the Hundred Acre Wood made famous by A.A. Milne. He left the UK having spent 3 years as Assistant Principal at a very large state school. He taught in the UK for 7 years before moving to the USA in 2011. After 3 years in Boston, he moved to Qatar (5 years) and then he moved onto Sri Lanka to become the Deputy Head of Academics at the British International School in Colombo. Luke has recently joined Patana as the Secondary Assistant Principal, Curriculum and Academics.