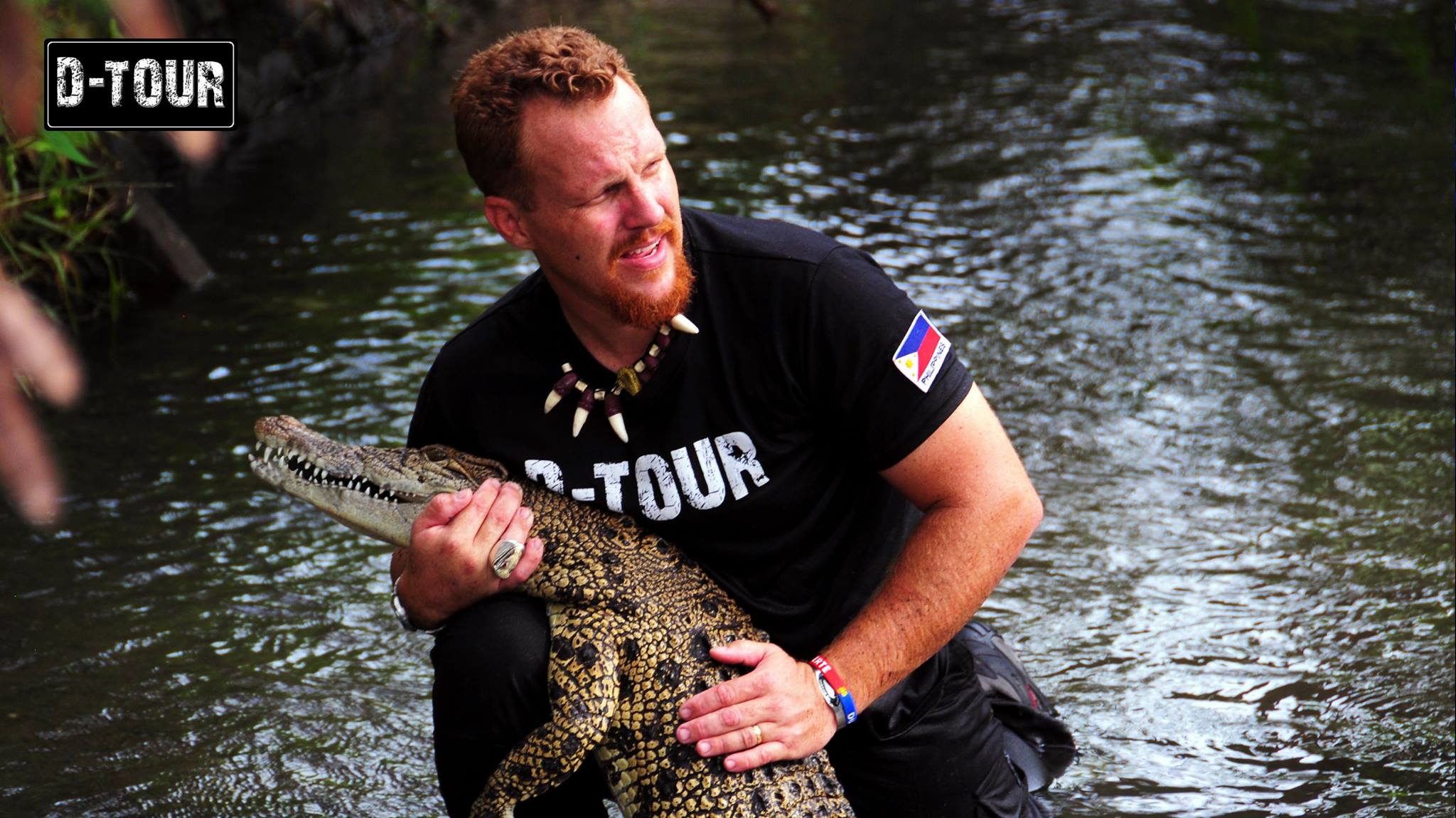 Even as a child at Bangkok Patana School, Darrell Blatchley had unusual pets such as pythons and other snakes, beetles and even monitor lizards! He had an archaeological interest in animals, something not common amongst teenagers. After finishing secondary school, Darrell returned to the US to take a course in Children’s Ministry at the US Bethany School of Missions.  He didn’t complete the course, shifted gears and went on to be an aviation fuel engineer. After getting married, Darrell moved to the Philippines with his wife. On a trip to the National Museum in Manila, Darrell said he realised he had more in his personal collection on natural history than the Philippine National Museum did. As well, he felt that children in the Philippines were not being taught enough about natural history. He realised that he could do something with the interest he had always maintained – and decided to open up a museum.

In 2012, Darrell opened a private museum called D’Bone Collector Museum in Davao City with 150 specimens. Now, six years later, the museum has grown into a three-story building with 6,500 specimens, an incredible array of skeletons of many things between alligators to zebras. The museum continues to grow as people donate more animals to the collection.

In addition to being the founder and chief curator at D’Bone, Darrell also helps the government with its preservation projects, hosts a television show and does consultation work on environmental projects. Darrell credits Bangkok Patana with its hands-on approach to education, which was the true even when he attended between 1991 and 1993.

“The best memories I have are related to the way the school was so with everything,”

he says. He also said that he enjoyed the size of the campus and benefited from the many international friends he made.

In 2015, Darrell was a recipient of the Datu Bago Award, which is bestowed annually upon an individual who has contributed to the development of Davao City and who best serves as model of excellence and as an inspiration to the residents of the city. Darrell was the first American to receive the award since it was established in 1970. When we asked Darrell what he’d like to be doing in ten years, he said, “The same thing and bigger!”.

Darrell’s D’Bone Collector Museum in Davao in the Philippines was named the UNESCO Plastic Initiative Award Winner in September for ongoing public awareness activities on the effects of plastic and improper waste disposal. The natural history museum is currently collaborating with a plastic recycling company to create furniture, which will be distributed to different schools and establishments. Darrell, a marine biologist and founder of the museum, and his team work with the Bureau of Fisheries and Aquatic Resources and other organisations in the Philippines to assist in rescue and recovery of marine animals. Darrell has become known for his work in publicising the impact on marine life, in the past ten years he has recovered the bodies of 61 whales and dolphins, of which 57 died due to man made causes, usually ingesting plastic or getting caught in nets.

UNESCO’s ‘Plastic Initiative’ was officially launched at the Green One UN House in Hanoi in March 2019 to address the issue of plastic pollution in the Asia/Pacific region through grass-root projects, educational material and assistance in the development of national waste management action plans. According to a 2017 study more than half of the 9 million tons of plastic dumped in the ocean each year comes from just five countries in East and Southeast Asia — China, Indonesia, the Philippines, Thailand and Vietnam.