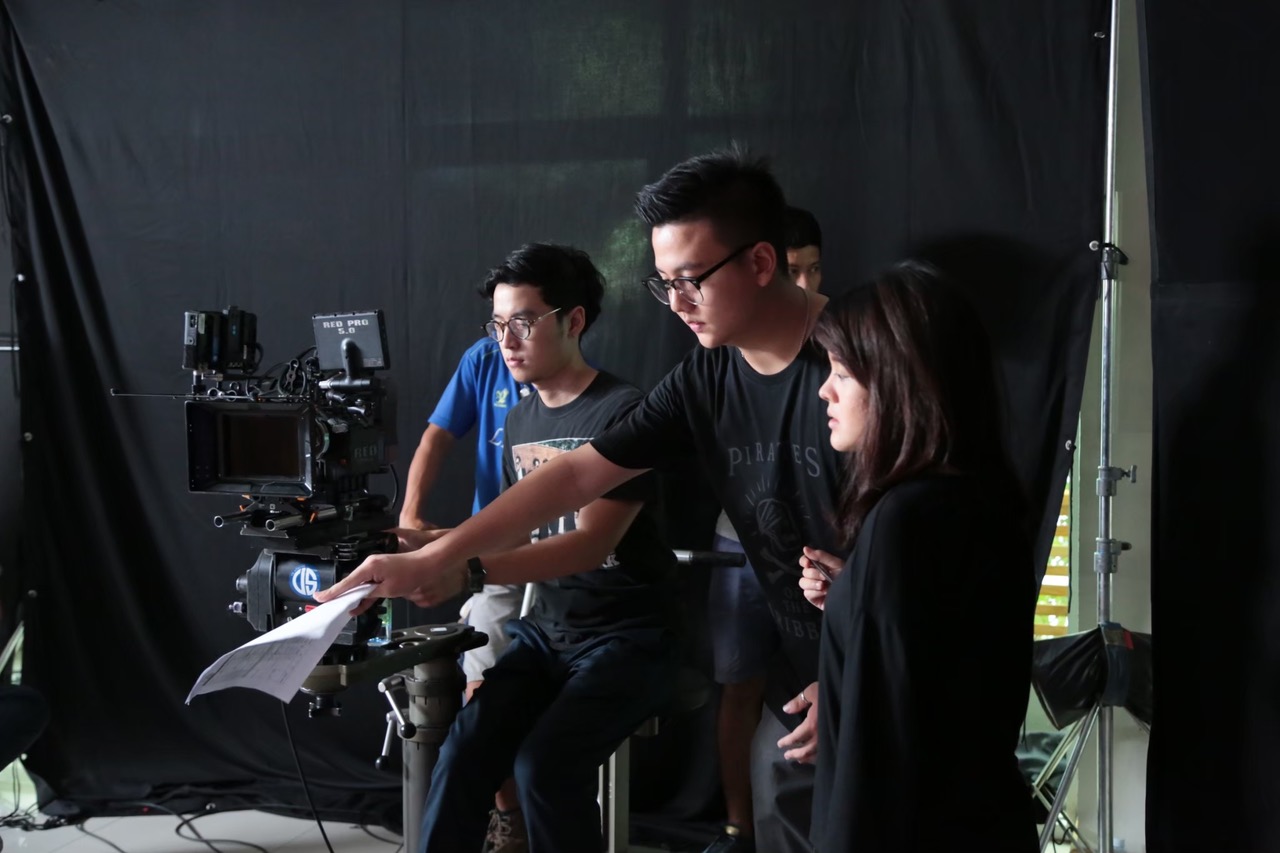 Tem Mahadrumrongkul spent his formative years at Bangkok Patana School, from Nursery through to Year 12 where he felt emboldened by his IB experiences at the school to make the leap to study filmmaking at Mahidol International University College.

Since leaving Bangkok Patana in 2013, life has taken me onto unfamiliar yet interesting paths. I made a leap of faith to leave before completing the IB in Year 12 (having always thought that I would end up graduating at Bangkok Patana), as I wanted to pursue my passion for filmmaking at Mahidol International University College.

Spending most of my early years at Bangkok Patana shaped me into who I am today. The school encourages students to take risks and participate in classes, clubs and sports teams and that’s exactly what they should do. Bangkok Patana is one of the rare schools that actually encourage and support critical thinking and I found that skill very useful in my everyday life once I entered the real world after-Year 12.

Film at Mahidol seemed like a perfect fit for me as I was one of the very few Thai internationals in my year to pursue drama in my IGCSE’s. I followed a childhood dream and managed to make five student films with my friends and also managed to direct the first musical short film at Mahidol University for my thesis. Being younger and less experienced than a lot of the students at Mahidol was a challenge, but I was finally pursuing something I had a strong passion for and I managed to graduate within three years with first honours, almost a year before my fellow classmates.

After graduating, I immediately applied for my Master’s at Leeds University Business School, majoring in advertising and marketing after realising that I needed to educate myself on how to adapt to the current market successfully and manage both my family business and potential businesses of my own.

Since obtaining my Master’ss degree, I have been working at Trocadero Time, my family’s watch distribution company in Thailand, responsible for brands such as Oris, Gucci, Issey Miyake and Watch Clinic. I am currently responsible for Oris, a Swiss luxury watch brand who are, until this very day, one of the only remaining privately-owned watch brands in the world. Despite having two very contrasting degrees in film production and advertising and marketing, I believe both can be integrated into my work having to create a unique outlook on how to sell each product in the current market.

I’ve kept up my passion for film by reviewing films since my university days, jumping from platform-to-platform (Tumblr to Facebook to Instagram), but I genuinely wish that in 10 years I’d have my own YouTube/Instagram/Facebook review channel that would allow me to be apart of press screenings and events that would allow exclusive access to all the latest in cinema and television.

It was always going to be difficult choosing a specific favourite memory after a decade-and-a-half at Bangkok Patana because there was just so many. However, I’d say that the Residentials were something that you simply could not find anywhere else. The trips to Kanchanaburi, Khao Yai and Chiang Mai were particularly enjoyable and I think I was lucky enough to grow up in a time where smartphones and social media weren’t this developed or such an essential part of life because I was able to cherish all the team-building and nature-based activities that each Residential had to offer. The Residentials also gave me a chance to talk to people I’d never talked to before in my year and make new friends and memories.

In 2013, Mr Jonathan Wood organised a History trip to Berlin, and it was easily one of the best trips of my life. Aside from the rich amount of history embedded throughout the city, it was also a fantastic experience to share with my friends.

The majority of my memories, however, come from daily life at Bangkok Patana. Trying to make it sound the least cliche as possible, I genuinely believe Bangkok Patana has world-class facilities that you simply won’t be able to use anywhere else. From the underrated canteen food to the state-of-the-art community areas, I now consider myself extremely lucky to have been able to have access to such facilities every single day.

I wasn’t the most popular nor the brightest student but the friends I made at Bangkok  Patana became friends for life. It’s hard to find this kind of sincerity and loyalty once you leave, so always keep in touch with your Bangkok Patana friends as they are the ones that love and know you best; you’ve been through a large part of growing up together and one day you might even support each other professionally.