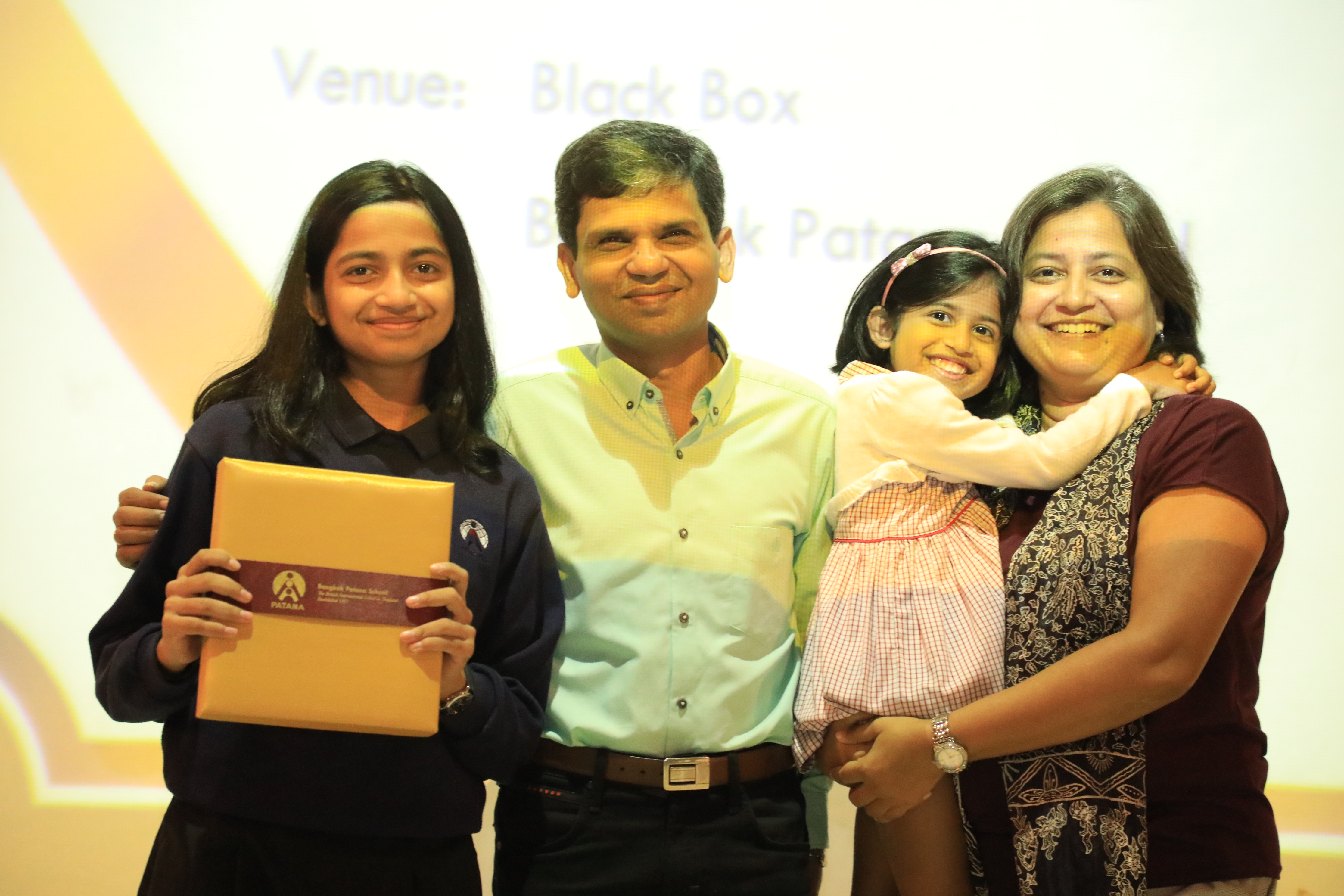 Every year Bangkok Patana School’s Foundation Board presents a number of awards to recognise the talents and hard work of our students. Members of the Foundation Board hosted the winning students and their parents at a breakfast to celebrate their achievements. The following students received an award this year:

Foundation Board Higher Award for Outstanding Academic Achievement
The students who attained the highest point score from the International Baccalaureate Diploma programme, attaining the maximum score of 45 points are Prabhav Kumar, Anya Paopiamsap and Yuqing Wu.

Foundation Board Key Stage 3 Attainment Prize
This Prize is awarded to Ishani Saran, Sophie Stevens and Rada (Sammy) Anuras who attained the highest average reported grades, across all subjects, at the end of Year 9.

Foundation Board Key Stage 2 to 3
The most improved students from Key Stage 2 to 3 are Peephat (Maple) Kusolphatna, Tayapat (Tehya) Ketvoravit and Meja Stalberg, who showed the most progress between their MidYIS scores, taken at the start of Year 7 and average reported levels at the end of Year 9.

Foundation Board Key Stage 3 to 4
The most improved students are Nabhiraks (Jade) Bhakdibhumi, Misol Cheung and Tianjuta (Pearl) Thianthai, who showed the most progress between their YELLIS predictions at the start of Year 10 and their final (I)GCSE results.

Foundation Board Key Stage 4 to Senior Studies
The students who showed the biggest increase in their IB diploma results over what had been initially predicted by their ALIS test scores taken at the start of Year 12, are Louise Matias Velayo, Sakooltipaya (Koko) Lotharukpong and Anushka Saini.