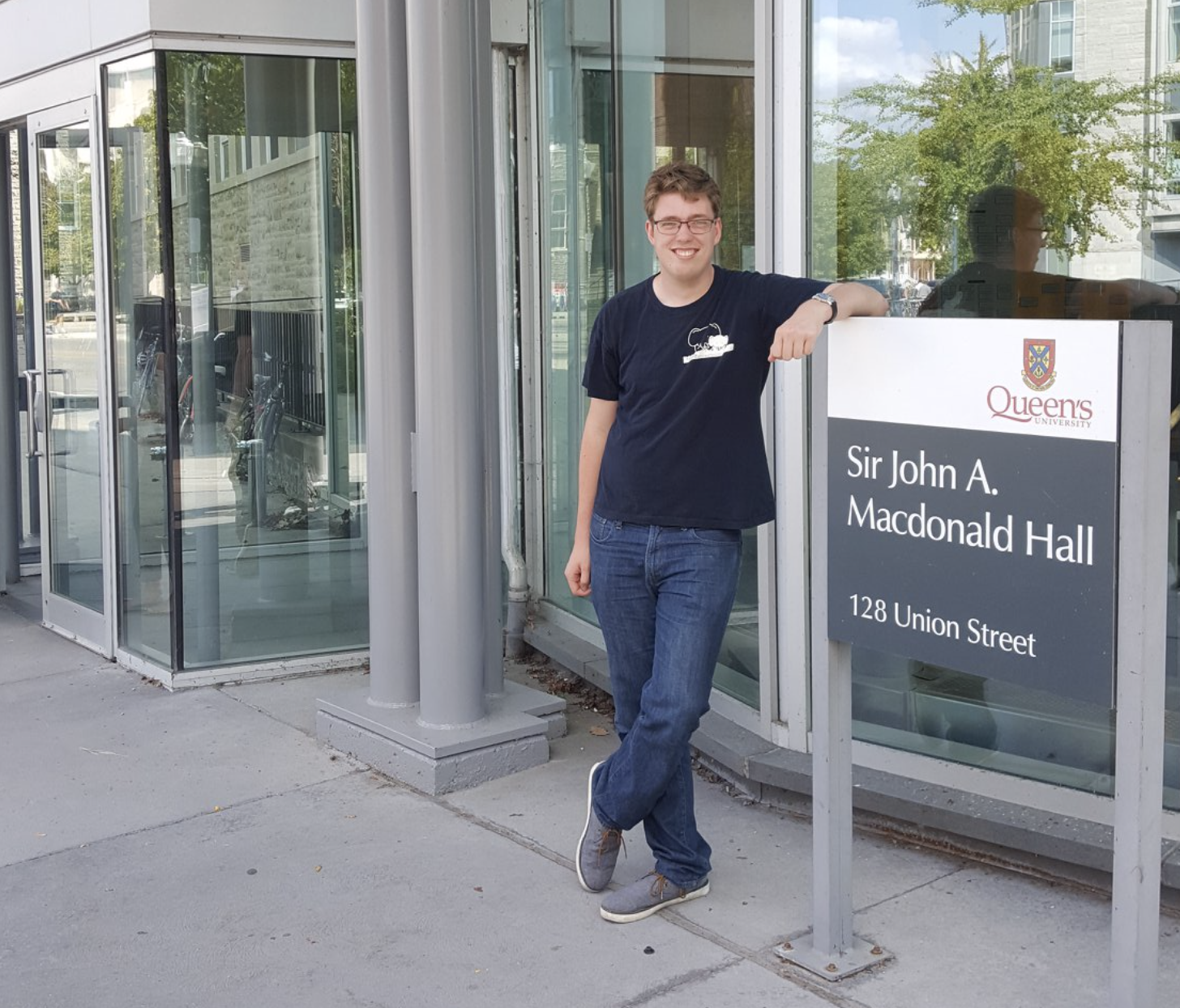 Eli White graduated from Bangkok Patana in 2014. After completing his undergraduate degree in Toronto he is now at Queen’s University studying in the Faculty of Law.

I moved to Kingston at the start of September 2018, to go to the Queen’s Faculty of Law. I’d been at Bangkok Patana for nine years, and then gone to University of Toronto for my undergrad in Psychology and English. Each move I was going to a smaller city, from eight million in Bangkok, to three million in Toronto, to only one hundred and twenty thousand in Kingston. I was worried about making the move; would I find a place like Kingston too boring or provincial? Luckily, the skills I’d picked up at Patana, of appreciating the differences in all of us and approaching each new person as having something new I could learn, I’ve found Kingston and Queen’s to be incredibly welcoming.

Queen’s Law has been a great fit for me so far. Each year has only two hundred people, and you do all your first-year (or 1L) classes with the same twenty-five students. Though you don’t get to pick your courses, as everyone needs the same foundations, I’ve found all my professors to be both brilliant and incredibly generous with their time, helping all of the first years get to grips with the new field we are studying.

It’s not all study of course. Kingston is small enough that the downtown is entirely pedestrian accessible with waterfront, parks, escape rooms, and more to occupy you. Queen’s also has a variety of clubs like the choir, theatre clubs, or even a beer tasting club, punily named Beyond A Reasonable Stout. I’ve tried to get involved with the Pro Bono Students of Canada movement, the largest chapter of which is found at Queen’s. I’ve been given an opportunity to use the skills picked up in the classroom in a practical way, to help organisations around Kingston. If you are interested in practicing law in Canada, I can’t recommend it enough.