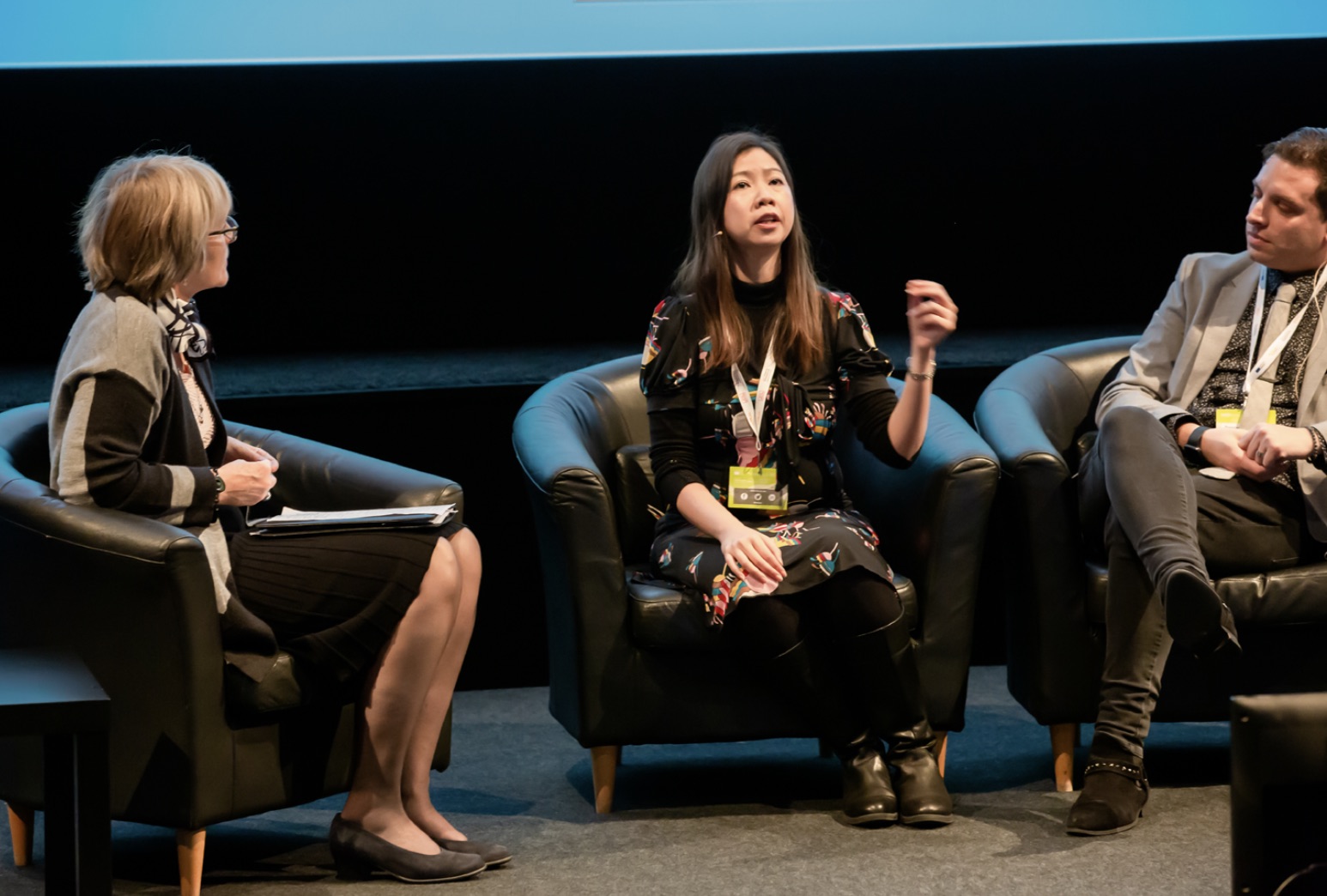 Weerada Sucharitkul took lessons learned during her time in the IB programme with her as she faced the challenges of university and started her own business. A member of the first graduating class of Bangkok Patana in 1997, Weerada looks back on her time here and how it inspired her to start her own business and work to develop future leaders in South East Asia.

“I am Thai but with dual citizenship British nationality, I have lived most of my adult life in the UK and even growing up we lived a lot of my childhood overseas. Before my father retired as a diplomat, we lived in Canberra in Australia, the Netherlands, Indonesia and Malaysia. That’s the funny thing about international students, we have lived all over.”

“I was a member of the first graduating class and the first IB programme at Bangkok Patana. The majority of my childhood was abroad so going to an international school was a good fit for me. It was my first experience of IB and actually the first time I had heard of it. At the time, it was one of the few schools in Bangkok to offer IB; my father felt it was important for me to get a British education.”

“I loved the breadth of subjects offered in IB and found the Theory of Knowledge (TOK) very interesting. The outside of school experiences were the ones I valued the most through different CAS activities. I taught children at an international kindergarten and taught English to students in grades 4 – 6 at one of the local schools nearby. That was the spark that inspired to do what I do now. Those experiences really stayed with me and enriched me as a person long after graduating.”

“After graduating I went to the International Economics programme at Thammasat University, it was a new programme at the time. My parents wanted to me to understand the Thai culture a bit more and get to know people here. I went to McGill University in Canada for six months as an exchange student and that gave me a taste for living overseas. After Thammasat I received the Matsushita Panasonic scholarship from Panasonic to earn my first Master’s degree in International Relations at the International University of Japan.”

“I have two half brothers in the UK and my father’s wish was to connect with that side of my family – so I applied for and received a scholarship to attend Cambridge where I earned my Master’s degree of Philosophy in Management.”

“I co-founded FilmDoo in the UK. Initially we started out as a film distribution platform with an idea to help people connect and discover the world. Then we started to see that 80 percent of our hits were coming from language related searches. I saw this is an oppor- tunity to use video content for language learning to its full potential. Learning by video gives context, helps create empathy and allows people to learn ef- fectively and interact. It’s a more natu- ral way for children to learn language. To learn a language you have to live a language, you can read it but you also need to hear it and use it.”

“We started experimenting with technology that can take any film into an interactive game; it’s a flexible technology that can be used for any video content. It’s gamified learning – interactive learning while they are watching a video. We found that younger students spend four hours a day watching online content, that’s the way they learn and interact with their peers. So, we decided, let them learn where they are. Give them films and videos they can watch for homework, ultimately it encourages them to interact more frequently with learning content. We started off with language learning but now we are using it with K-12 subjects, as well as training such as multicultural leadership and diversity inclusion.”

“Since 2015, FilmDoo now has over 300,000 registered users from 194 countries and over 4,000 films. We partner with major organisations across technology, film, language learning and edtech.”

“I want to spend more time in Thailand in the next ten years; I would like to expand my business – the mission ethos is what I have always believed; the greater good of building bridges, inspiring empathy in other people’s cultures, promoting diversity and better integration of gender, race is key to my belief system. I want to be in a position to help develop a new generation of SE Asian talent, definitely helping more females and allowing them to follow their own path.”

“I want to show that being a failure is a role model in itself, to inspire younger generations that it’s ok to struggle, it’s ok to try and it’s ok to stand up for yourself. I want to be in that position to share my experience, especially in SE Asia; to inspire them to go on to their path and be more empathetic leaders. I would love to start my own investment fund to actively go out and help female entrepreneurs because I know how hard it is to raise capital – I didn’t have the network and the connections to get start- ed. I would love to help upcoming independent filmmakers with film projects in Thailand and SE Asia. I hope to help others get started on their own path.”