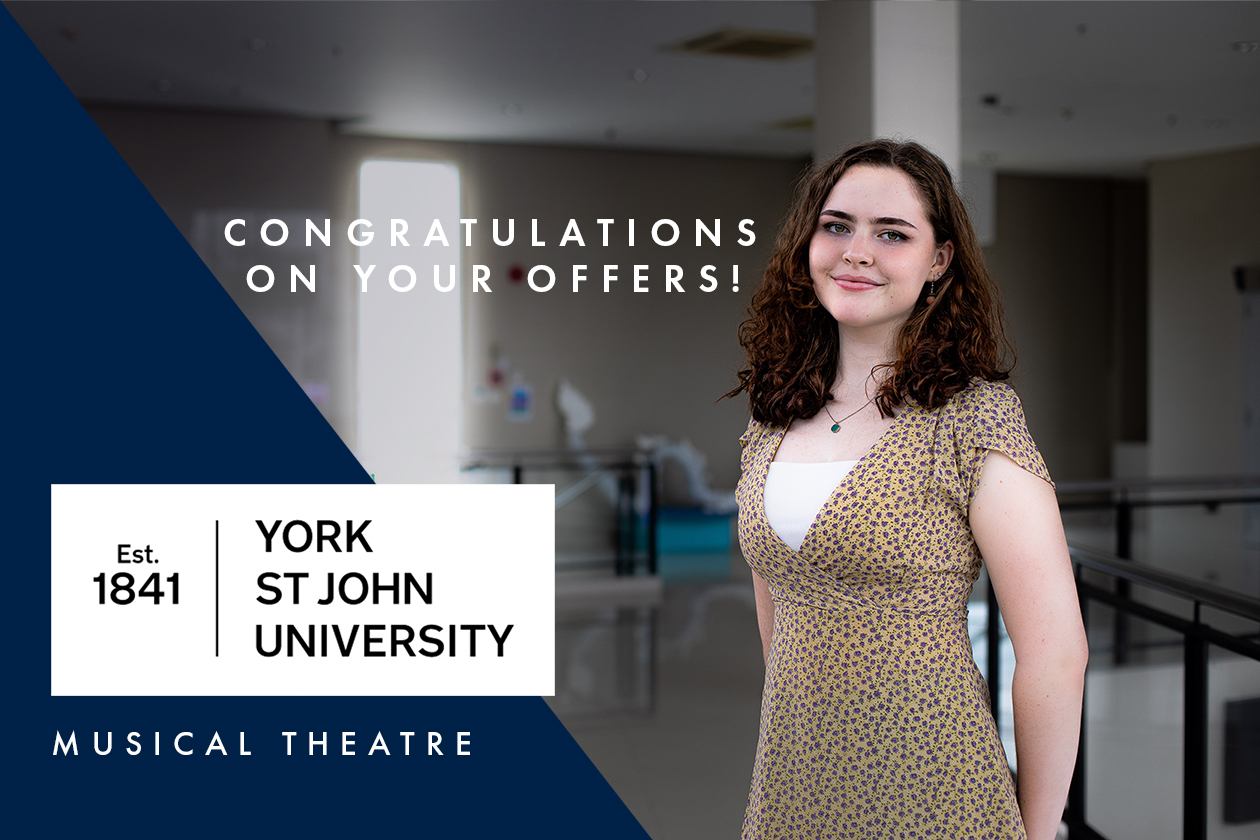 “I am hoping to Attend York St John’s University. The university seems like it’s really invested in student well-being and community which I find very important. It is also located in York which I have heard is a beautiful city although I have never been. Because I have never properly lived in the UK (I was born there and lived there for two years) I wanted to go somewhere that was smaller and not as busy as a city. I also have friends there which is also a bonus.”

“York St John’s have been extremely good at communicating with me, as they provide weekly updates on what is going on in the university and what I can expect to join in September 2021. The course I have applied for is also new this year and sounded interesting. Their university is also building a brand-new creative building with a 200-seat theatre which I was really attracted to. As well as this they were given some awards and their ranking continues to rise (even though it’s not that important).”

“I decided on studying Musical Theatre as I love singing, dancing, and acting. I have been involved in all musicals and plays at school. When I act, I feel free and safe. I love building friendships and families through drama, this is what I have always felt when participating in anything dramatic. In addition to drama I have also been involved with the Senior Choir, Chamber Choir and Jazz Band. Outside of school I have been pursuing my love of music by composing my own songs and singing.”