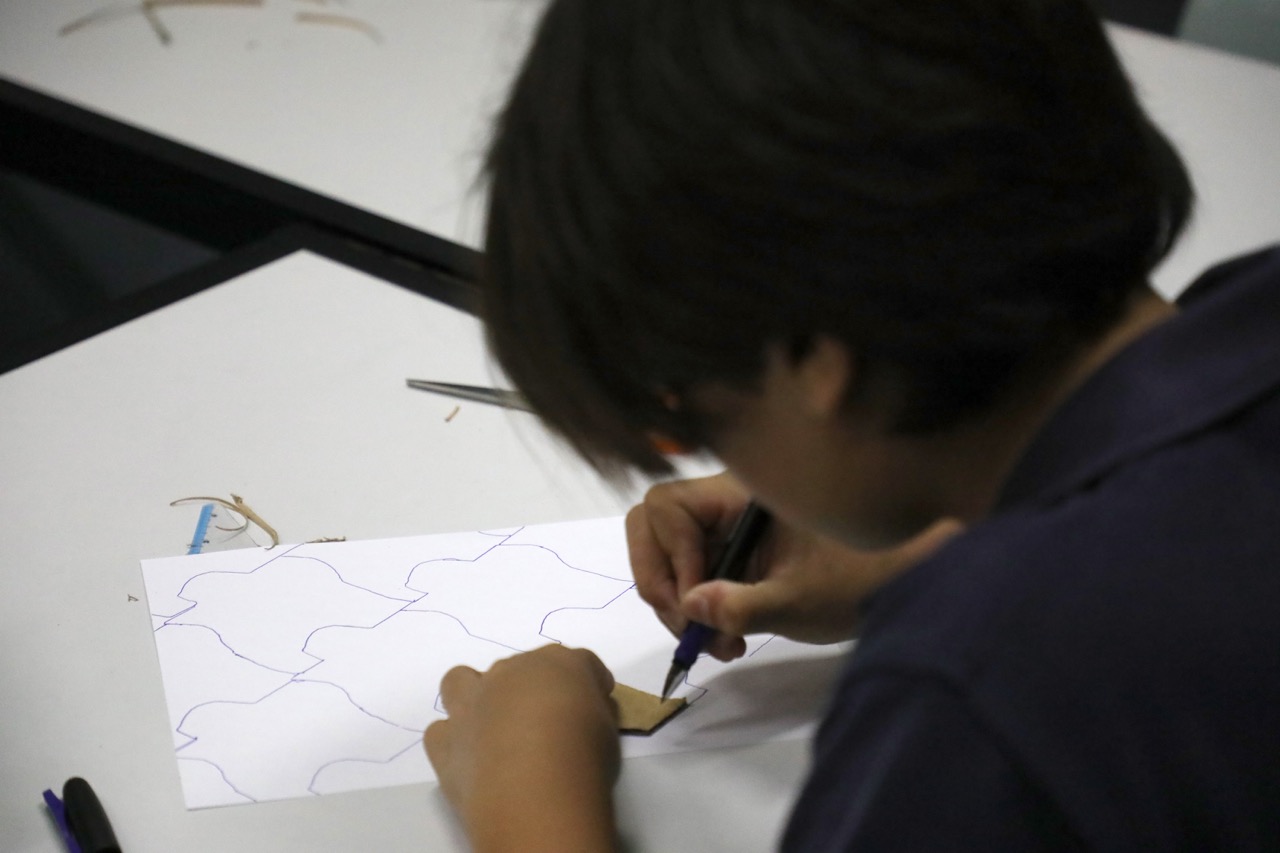 Year 8 students combined art and mathematics through the creation of tessellations inspired by M C Escher, the famous Dutch graphic artist. Last week, Year 8 started exploring the basic tessellations using regular polygons and learned that whenever two or more shapes (polygons) meet at a point, the internal angles must add up to 360 degrees. This creates an interlocking, repeating pattern in which the shapes never overlap, nor leave any gaps.

Year 8 students then explored the work of M C Escher who is known for his playful combinations of regular and irregular polygons to create tessellations that transform throughout the space in which they are drawn. He created elaborate artworks that utilised distorted versions of more basic tessellation patterns, but that still held to three-, four-, or six-fold symmetry patterns.

In their Mathematics lessons, Year 8 students became very familiar with regular and irregular polygons, drawing their shapes and then cutting them out of cardboard to use as a stencil. They then traced the outline of the shape in inter-locking patterns in order to create their own tessellation. Although some shapes could not successfully create a tessellation, the students still enjoyed the process of trial and error, developing their understanding of geometry through an interdisciplinary approach. 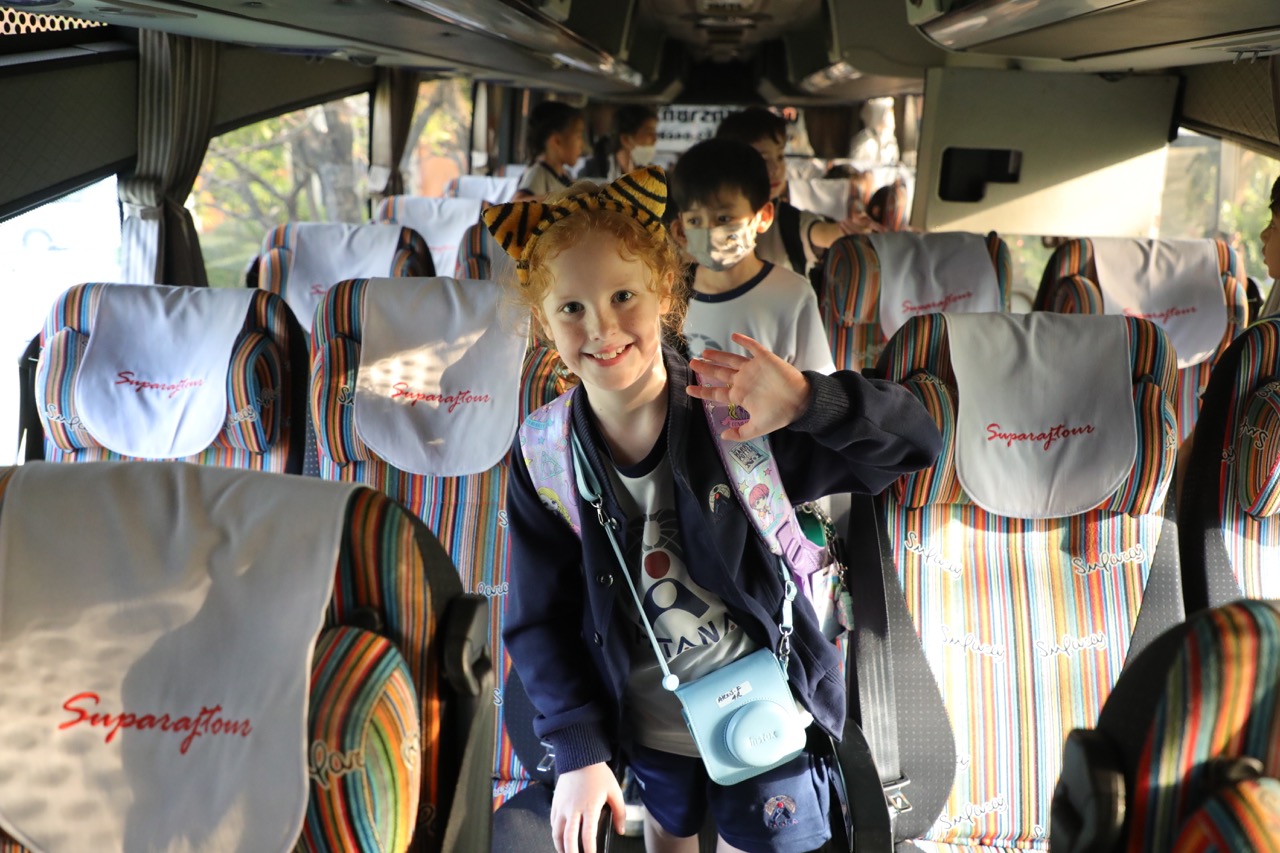