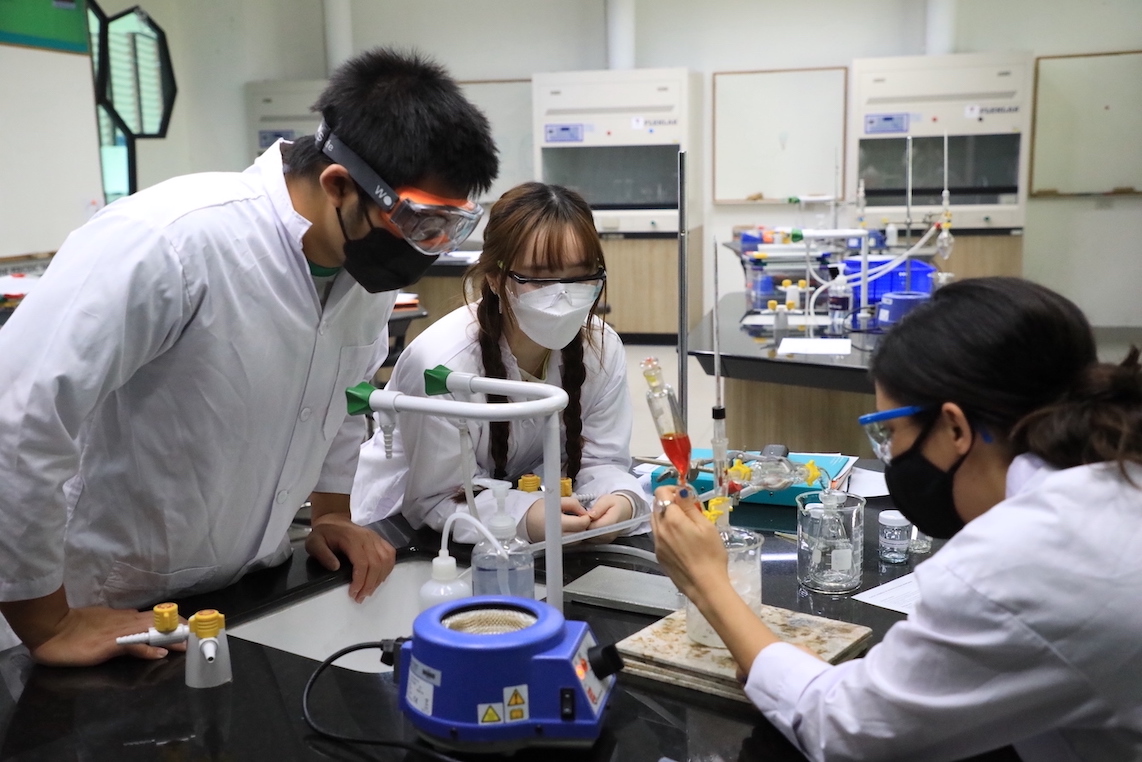 As part of their IB course, Year 13 Chemistry students learn about the organic functional groups that contain oxygen in their science labs. Some of these functional groups include alcohols, phenols, ethers and ketones (among others). Recent labs focused on the first functional group of alcohols, which comprises organic compounds with the (-OH) functional group. As such, alcohols are represented by the general formula ROH.

Students oxidised a primary alcohol (ethanol) into an aldehyde (ethanal) and a carboxylic acid (ethanoic acid), using sodium dichromate as the oxidising agent, and sulfuric acid as the catalyst. The equipment included a reflux apparatus, which allowed full oxidation of the primary alcohol into carboxylic acid, and a distillation apparatus, which allowed collection of the aldehyde before it was further oxidised.

Year 13 students are provided many opportunities to engage in hands-on science experiments and lessons. These rigorous science lessons engage students in critical thinking and creative inquisition, further encouraging innovation and collaborative communication. Furthermore, such experiences result in many students eager to pursue the sciences through their higher education pathways after Bangkok Patana.