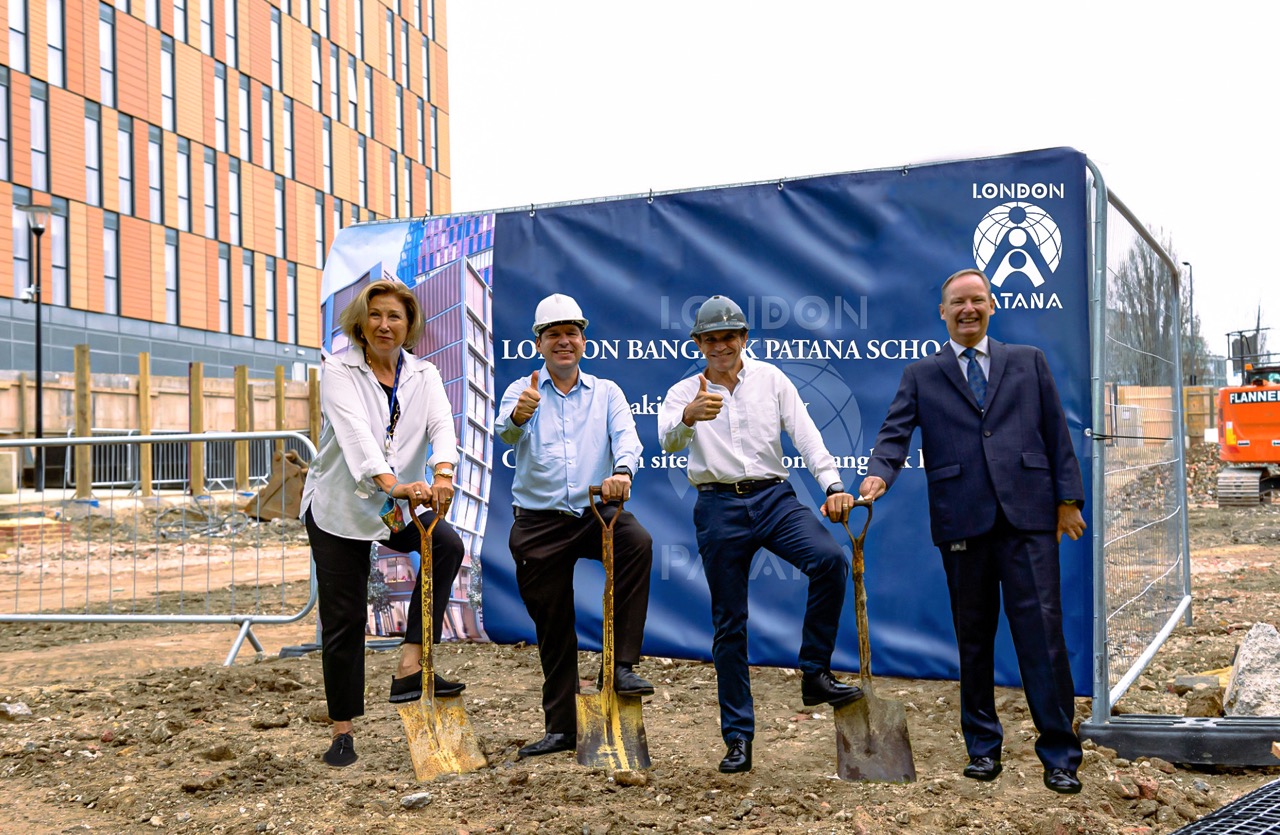 Bangkok Patana School is pleased to announce the groundbreaking of their new location. London Bangkok Patana School will open for admissions in August 2024. “We have such a good reputation worldwide, and many of our graduates go to UK universities. We were looking at ways to ease this transition but also bring the best of what we offer in an international setting,” said Matt Mills, Head of School.

The new school will build on the strong British education Bangkok Patana has been providing for the past 65 years. Small changes in the new school such as the addition of ECAs including quidditch and welly wanging will complement the new location. Richard Molloy, our Head of Sports has already begun some training with students. However, a keen Thai flavour will be fostered with the celebration of Wai Khru, Loy Krathong and canteen options such as our famous Khao soi gai, Tom Yum baked beans and Larb flavoured scones.

The Admissions Department has already begun fielding applications from interested students, though those currently enrolled at the Bangkok campus will be given preference for places at the new London campus. For more information, please email communications@patana.ac.th to add your child to the waitlist.

Thank you for reading our post! Hope you’ve had an enjoyable April Fool’s morning. As is traditional, April Fool’s jokes are revealed after noon. Happy Songkran to you and we wish everyone in our community safe and restful holidays!