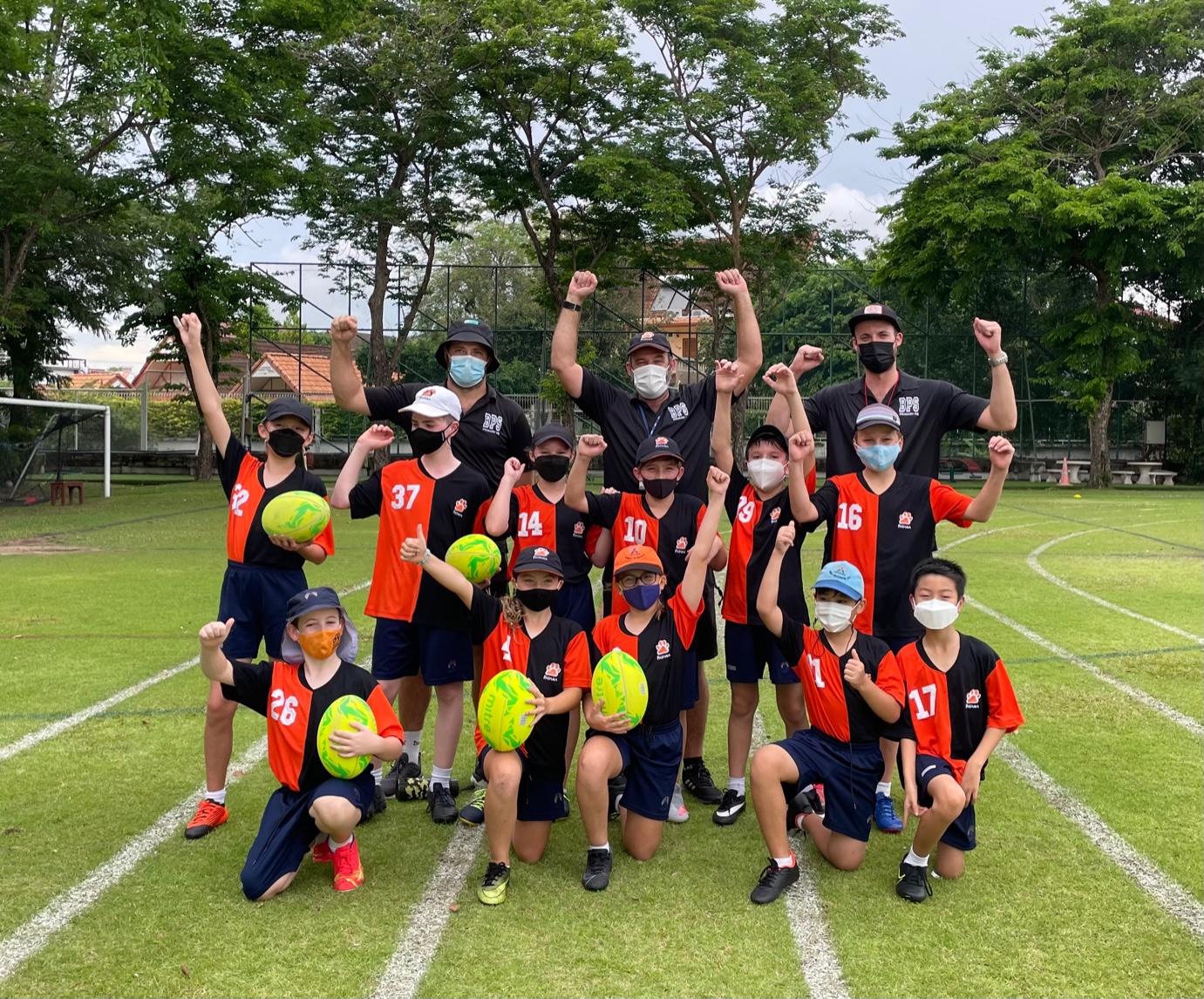 Primary competitive sports are up and running, with Touch Rugby and Tennis having played a few friendly games against NIST and STA.

Last week, our mighty Under 11 Touch Rugby team split into two smaller teams to take on the three competing teams from NIST in home games hosted on our Primary Back Field. After only three ECA sessions under their belts, players warmed up with some walking games before the competition arrived. This gentle preparation proved invaluable as players on both teams started brilliantly with early tries coming from the great use of space and wonderful running rugby, getting the pulses racing of the coaches and referees. Our Primary players tested their skills and understanding through defensive communication, in addition to working on learning the rules of the game. This marvelous afternoon of Touch Rugby certainly has put our teams in good stead for the upcoming BMAC Tournament. Touch Rugby is on offer as an ECA in Block 4 – any new students from Years 4, 5 and 6 are welcome to join!

And for Tennis, Year 1 and Year 2 mini red ball teams played their first ever fixtures earlier this week. All students played five matches each and were able to practice the different tactics they have been developing in their training sessions. Coach Gift was full of praise for the teams and is ready to start planning the next match! We look forward to a fun and engaging Term 3 full of Primary competitive sports!