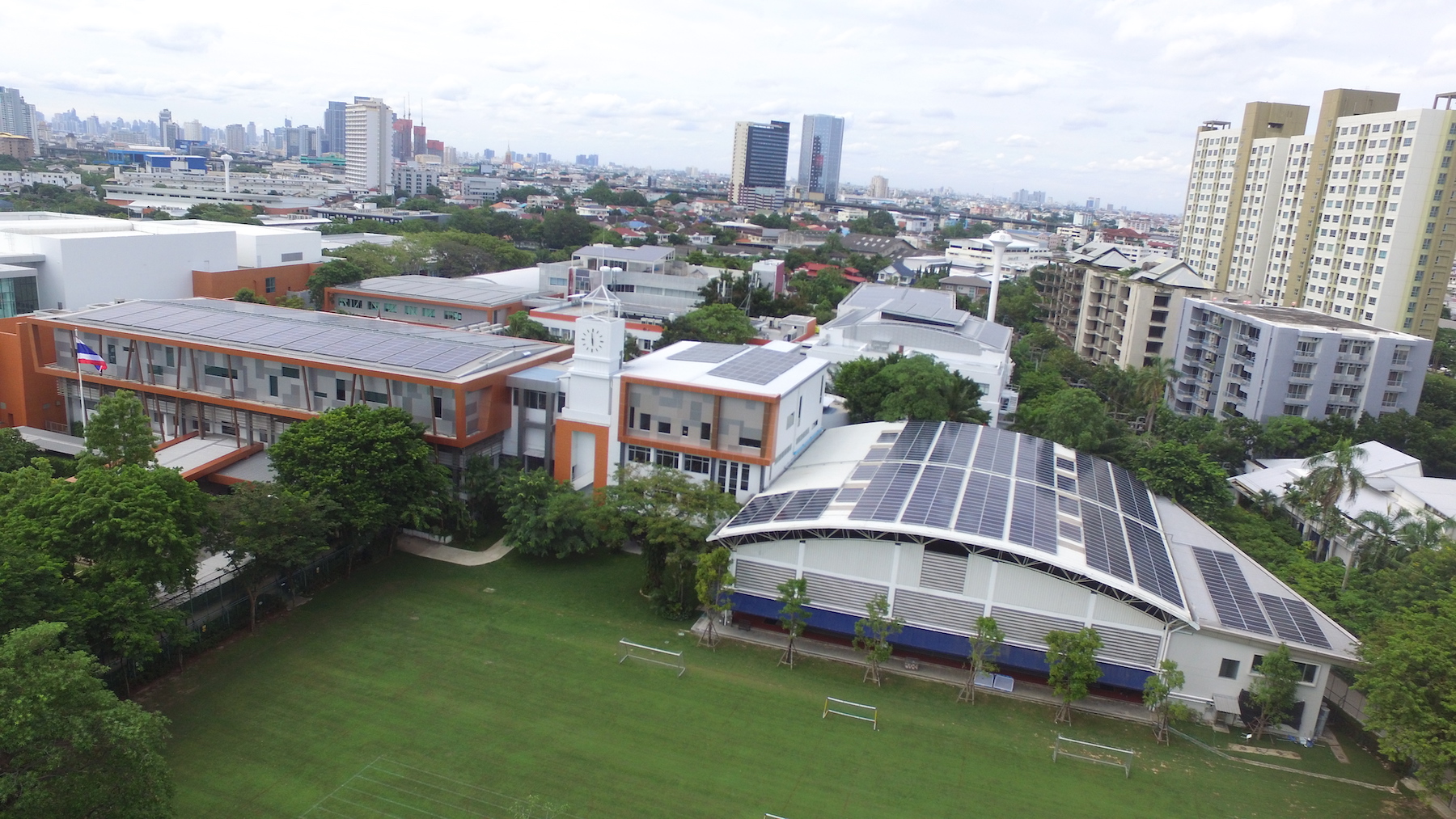 Bangkok Patana School underwent school-wide renovations during the summer of 2019, installing pre-cooled fresh air filtering systems in every building and adding a large array of solar panels as part of its commitment to student well-being.

The school, known for its forward-thinking and innovative solutions, is committed to reducing its carbon footprint, lessening its impact on the environment and improving the health and well-being of its students as a key priority.

Initially the school installed a few solar panels on the Science Center as a teaching tool for students but after proposals by the Student Environmental Committee and the commitment of school management, the first large scale solar project was completed in August 2018. The school invested 23 million baht for solar arrays on three buildings, adding a generating capacity of 727kW. The second phase of this project saw the installation of solar arrays on another nine buildings, bringing the school’s energy generating capacity to 1.2MW covering nearly a quarter of its electricity usage.

However, the only limiting factor is that the Metropolitan Energy Authority (MEA) does not allow Feed-In Tariffs. Feed-In Tariffs are payments to businesses in return for power generated being fed back to the grid. During weekends and holidays, the school has limited power usage and there is nowhere for the school to dispose of the excess power generated from the solar facilities.

In addition to the new solar panels, the school added pre-cooled fresh air systems to 28 buildings on the campus. These new systems not only filter the incoming air but also pressurise the buildings so that open doors won’t mean a rush of incoming, unfiltered, outside air. The new systems, which have shown to reduce sick building syndrome by replacing inside air with filtered outside air, have two separate filters on the intake vents, in effect reducing the amount of PM 10 and PM 2.5 to levels to those set by the US Environmental Protection Agency, which has set the 24-hour PM 2.5 standard to 35 μg/m3.

PM 2.5 is a tiny particle that is 2.5 microns or less in width and has been found to be carcinogenic while PM 10 refers to particles whose diameter is no more than 10 micrometres. Studies have shown that children are at a higher risk of damage from air pollution, their undeveloped lungs are smaller and take in air more quickly than adults. Children exposed to long-term air pollution were found to have smaller lung capacity as adults and a higher risk of asthma and other respiratory issues.

By ensuring that every building in the school is equipped with whole building systems that not only filter the air but also prevent unfiltered air from entering, student exposure to air pollution will be lessened. Bangkok Patana is the only school in Thailand that has committed this type of investment into implementing long-term, innovative solutions to ensure the health and well-being of its students.