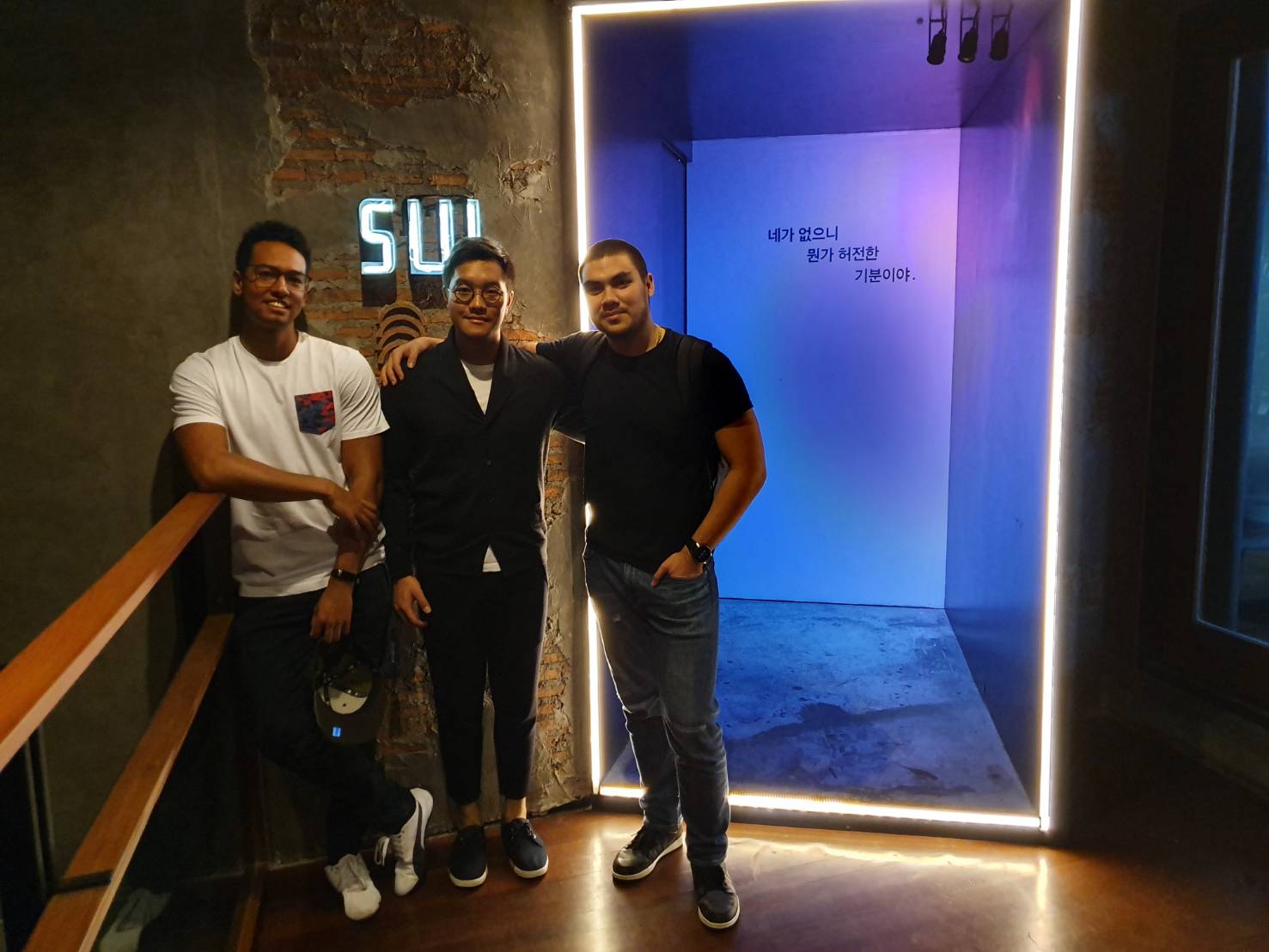 Grad 13 alumni Thanisorn (Phet) Boonsoong, Kyle Harrison and Cabin Yim took different paths to reach the same destination; establishing and running Sul Gastrobar on Thonglor. The classmates went their separate ways during university, with Phet obtaining his BS/BA in Finance and Entrepreneurship, Northeastern University in the US, Kyle at University of British Columbia in Canada and Cabin heading to the UK to earn his degree at the University of the West of England.

Although separated by distance and time, the three friends were drawn together by a love of the culinary world to start the restaurant and bar.

“After Bangkok Patana, I was in a rush to enter the workforce. I decided to speed through my five year university programme in three years, choosing to build a strong business foundation through a dual concentration of Finance and Entrepreneurship. Finance, to be able to understand the numbers and Entrepreneurship in order to innovate and adapt to our rapidly changing global technologies and economy. I always had a goal in mind, to start something of my own and veer away from the family business until I can prove to myself that I’m ready to take on a much larger responsibility. I decided to take a step back from finding another job and open my own company instead. It took about six months of planning, scrapping projects, brainstorming, finding a team, finding new opportunities, losing opportunities, traveling, networking and much more before everything came into place – and fast forward a bit, here I am now.”

During my time in Bangkok Patana I learnt a lot of skills that would shape me to who I am today. One skill that I was able to develop, through forcing myself to join the MUN club, was public speaking. At university this became an important skill to be able to confidently show off my projects and communicate during my internship program at Ontario Power Generation. MUN gave me the confidence that I used to lack when speaking out in public. Another important skill was to be able to relate to various people from different cultural backgrounds; as Bangkok Patana is an international school and all my friends came from different ethnic backgrounds, this allowed me to relate to lots of different people easily.

The journey towards starting SUL and FairPlay comes from a love of the Korean culture and online gaming. We saw that there was a gap in the market and all of us decided to act on it and try take advantage of the situation.