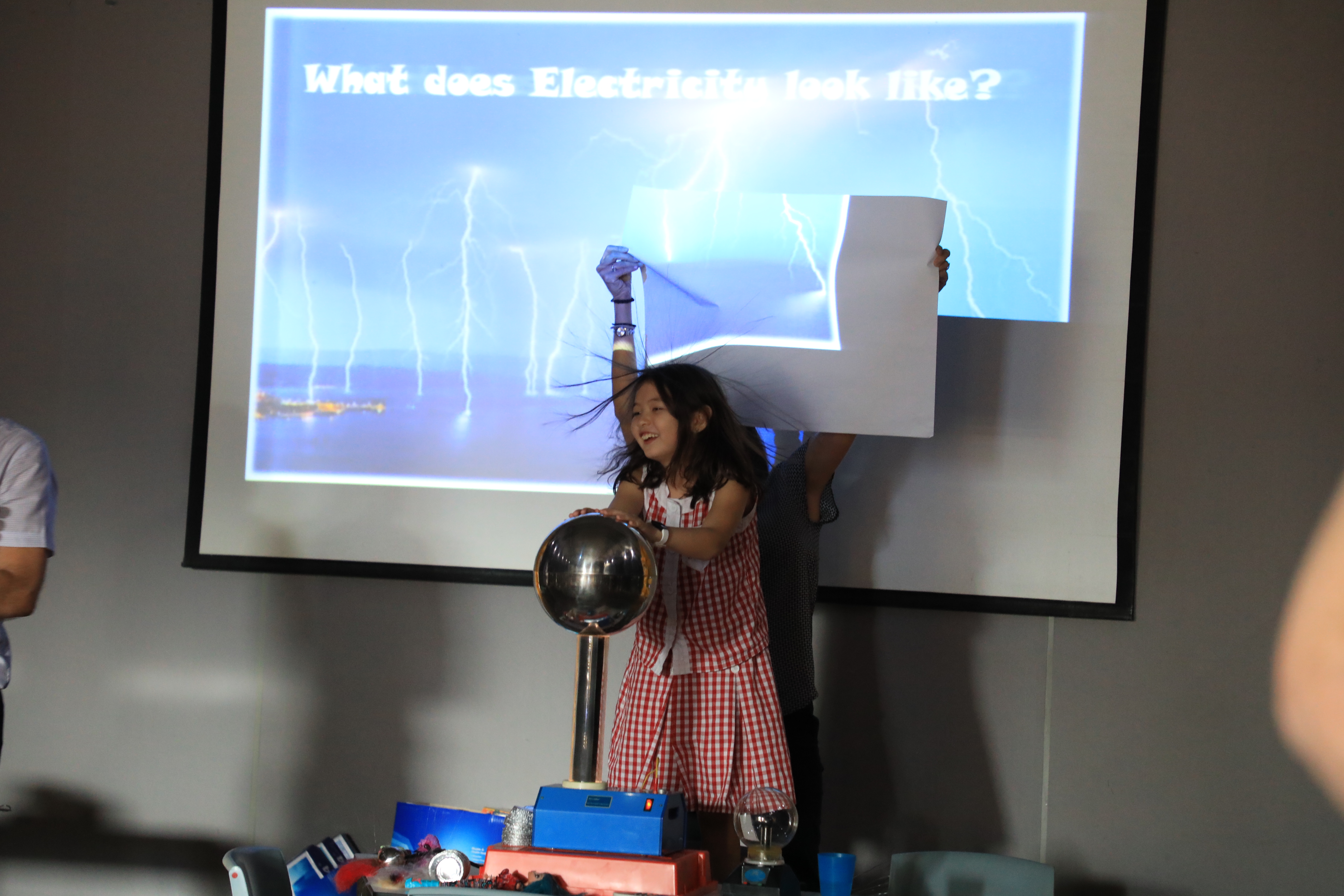 Year 4 celebrated their learning in Science with a special assembly on “Electricity”. The children were introduced to the ‘Van De Graaff’, a generator which can show static electricity, the same way when you rub your feet on the carpet and then touch a doorknob. Inside the generator is a giant rubber band that rubs across a piece of felt, stealing its electrons. The rubber band then spins around and the electrons travel up to the big metal ball on top. If you have your hand on the metal ball, the electrons will go into you. We demonstrated what would happen by putting the teachers and the children to the test. Hair stood on end as we witnessed static electricity live in action. It was funny to see some rather strange hair styles!

Children were amazed as they witnessed a static electricity spark, caused by a sudden flow of electric current across an air gap; the air is heated high enough which causes it to glow. As they saw bright blue sparks surrounding the ball the children said “It looks like lightning!” More excitement was to come as the children then went onto create their own steady hand game.  A steady hand would be needed as they collected their materials and set off to create their real live buzz wire game.

Thank you, Mr Nick, for helping us celebrate our learning on Electricity. It was electrifying.