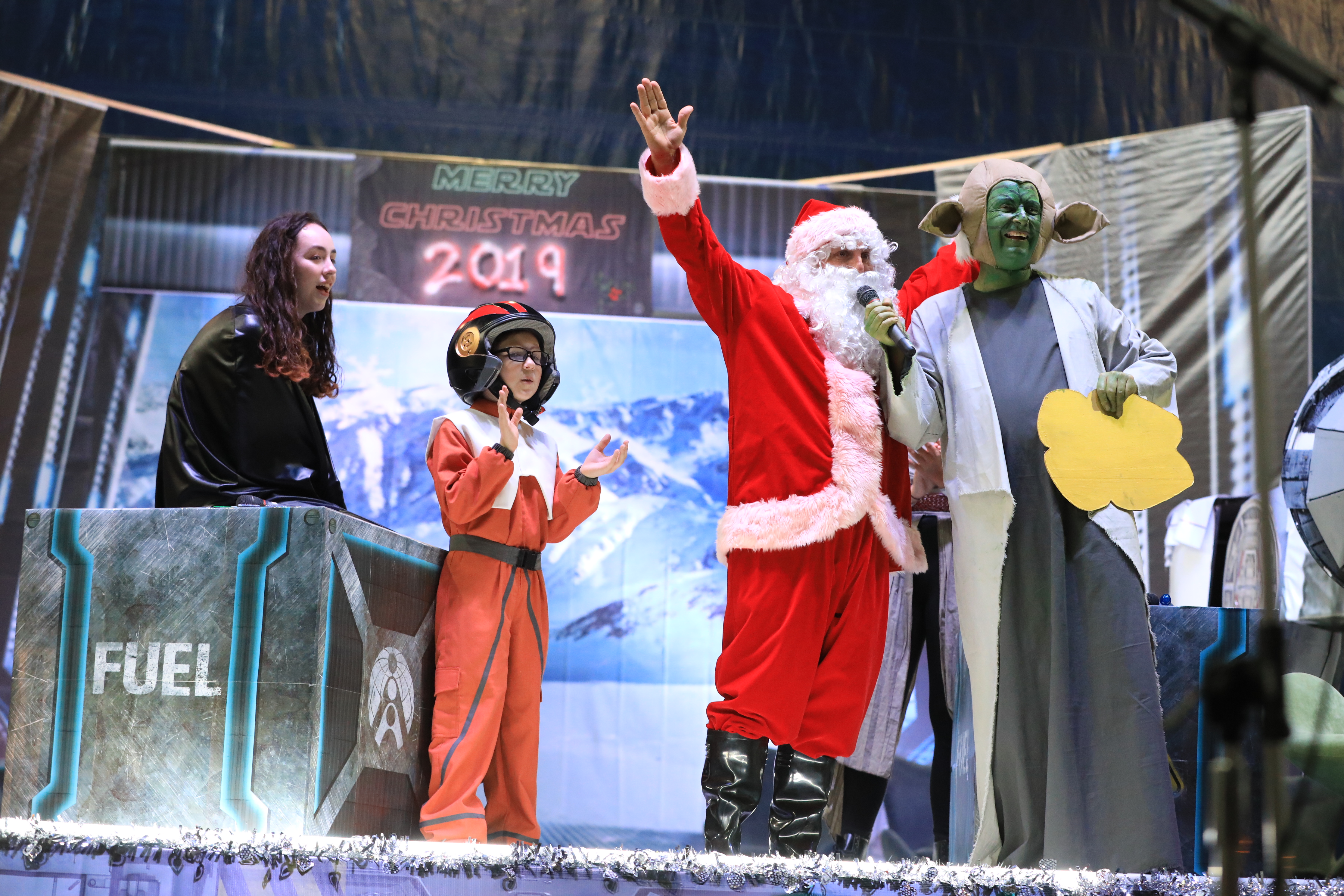 Amidst all the activity on the Space Repair Station, there were wonderful performances from the cast of Chitty Chitty Bang Bang, the Jazz Ensemble and soloists. The Secondary Orchestra performed the iconic Star Wars theme led by Mr Bien (now known as Obien wan Kanobien), Siri and Friends sang ‘Santa Tell Me More’ and Mr Raj from Foundation joined the All-Star Band to wow the audience with ‘Sleigh Ride’.

Then it was time for the big appearance – Santa rode in on an X-Wing fighter jet! Merry Christmas from all of us at Bangkok Patana – and may the Force be with you these holidays!