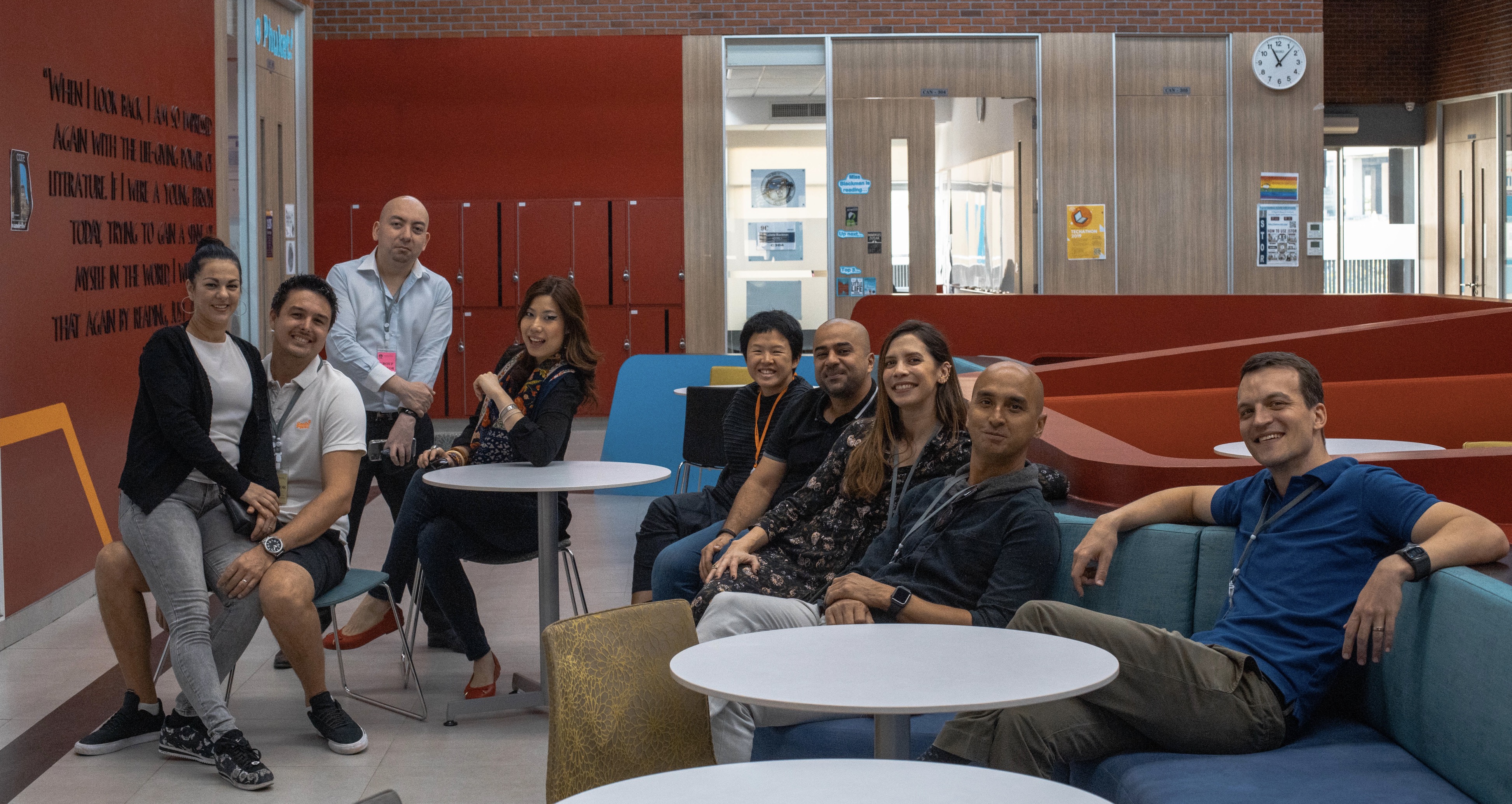 The halls of Bangkok Patana School were filled with not only the sounds of students buzzing their way from class to class during the final week of the first term but also the surprised voices of the class of 1999. A visiting Grad ’99 coming to Bangkok from Berlin precipitated the long-anticipated reunion of friends, which saw eight former students spend the day in school.

For two of the alumni, it was just a regular day as they both have children in school, but for others the many changes the school has undergone since their departure brought amazement as once familiar places seemed oddly strange.

The Thai Sala, now the Head of School’s office, was the one place they all agreed looked the same. “Now this, I know!” was the general response. The new Senior Studies building left many astounded at the space while the collaboration areas in the Science Centre (also new to the visitors!) had everyone wishing they were back in school again.