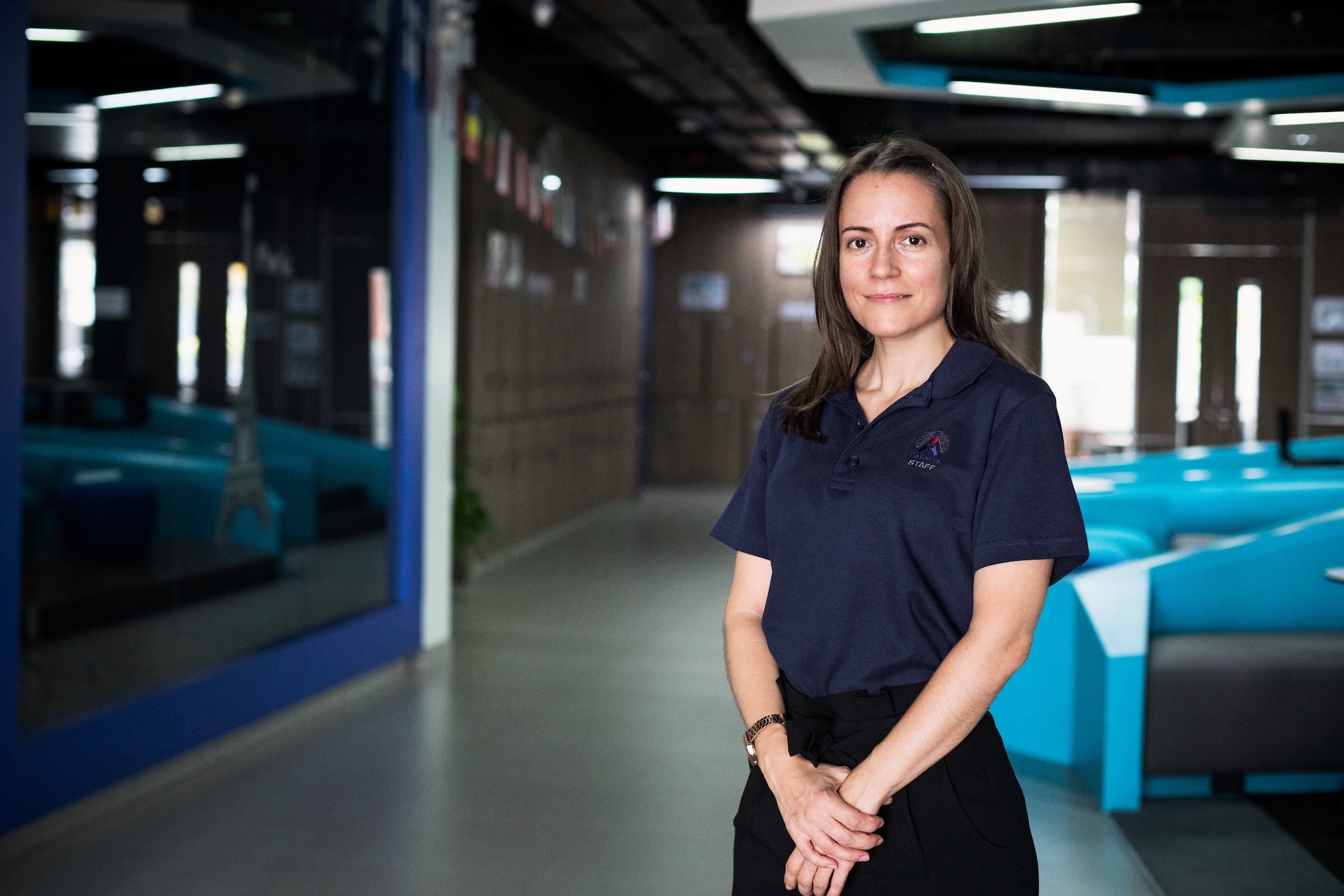 Virginia Diaz Lopez is the new World Languages Teacher in French and Spanish  as well as the Curriculum Leader for Asian Languages in Secondary school.  She graduated from Universidad de Zaragoza in Spain where she obtained a BA in Linguistics. She completed her PGCE at Liverpool John Moores University and earned a Masters in Audiovisual Translation Studies at Universitat Oberta de Catalunya. She has also obtained certification in a variety of subjects including Forensic Linguistics and French. Virginia has taught at international schools in Dubai, Germany and China.

A Love of Languages

“I decided to go into Linguistics because I love the analytical aspect. I am interested in the analysis of how a language is built up, by the sounds and etc. I earned certificates in Forensic Linguistics which is kind of like CSI for languages; it is used in court for example.  I do like languages and if you understand how a language works then you understand how a person thinks and can understand why they may do things.”

“I taught in China for a couple of years, in Suzhou. It is actually a very nice city, but I went back home for a while, freelancing and doing translations. Then I decided to go back to the classroom. When I was tutoring, I missed teaching in person. I had heard of Bangkok Patana School; I’ve travelled and lived in Asia so its quite well-known. I knew I wanted to come to Bangkok and teach at Bangkok Patana, it was a very specific choice!”

“I saw the school for the first time after exiting quarantine, I had a very good impression. The Senior leadership team were welcoming and very nice. My first thought was that I am never going to find my way to my classes or even the canteen!  The first thing that impresses me is how well organised things are, the school is very well organised at all levels. The kids are really nice, it is all really positive.”

Goals for the Coming Year

“For my first year here at Bangkok Patana I want to focus on the classroom and enjoy my students as much as I can. I am the Leader of Asian Languages in the World Languages faculty. Moving to a new place and a new school is always a challenge in itself. Adapting to a very well-established school and being the new person is always a challenge. My personal challenge is to join in the community and meet new people.”

“I just started playing badminton for the first time and I love it. I love going for a walk. I was in Dubai for four and a half years and learned how to read Arabic, it is a difficult language. The problem is if you don’t practise you forget. I would like to learn to speak some Thai as I see that people here do speak it in daily life and I want to be able to get around easily.”