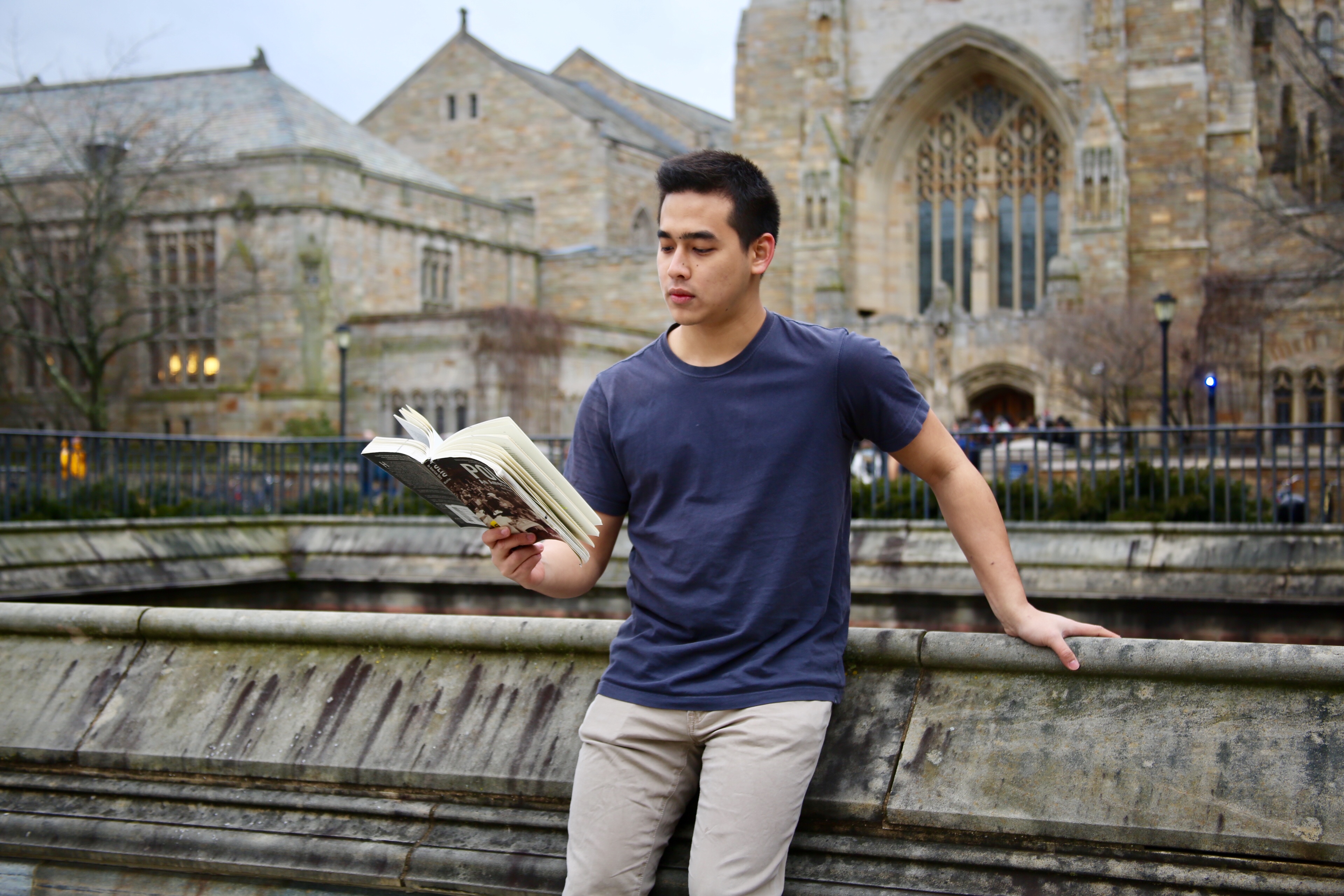 When the incoming freshman first raises his eyes and gazes at the acid-washed cobblestone walls of the university in which he will soon enroll, the reaction is always akin to the experience of protagonist Dink Stover from Owen Johnson’s Stover at Yale, where beneath his breath, he utters, “this is it – this is Yale.” My reaction was no different.

As I descended upon Old Campus in August last year – nominally, the oldest and most historic part of the university where freshmen live together their first year – I was overwhelmed, by the historicity, the tradition, and the wealth of knowledge at my fingertips. Despite the fact that now, six months later, the rose-tinted vision of the initial few weeks has, for the most part, dissipated, I am still by all means grateful for and incredibly appreciative of my everyday experiences here.

I rapidly chose to take advantage of Yale’s status as one of the progenitors of what we now deem a “liberal education.” I enrolled in the Directed Studies program in my first semester, an intense interdisciplinary introduction to the foundational literary, historical and philosophical tents of western thought and civilization, though this has not precluded me from exploring courses in the fields of quantitative reasoning and the sciences, both of which are also highly salient and well-taught. Outside of the classroom, I joined the Yale Political Union, the central forum for political discussion at Yale, and am Chief Whip of one of its constituent parties. I also write and edit for the Yale Review of International Studies, and partake in work with some cultural organizations.

Yale has shaped its structural elements such to cultivate a unique social sphere, its hallmark being the residential college system. These fourteen different residential colleges are microcosms of the Yale community, and students are randomly assigned to live in one of the fourteen upon enrollment. These colleges act as support networks in themselves, with students having access not only to unique events and amenities but ample academic and social advisors, as well as freshman counselors for students in their first year. I would also be amiss if I did not give credit to Yale’s extensive library system, the second largest in North America housing over fifteen million books.

Of course, an institution of such a magnitude – filled to the brim with individuals possessing that age old zeal for pursuing every opportunity and aspiration to the fullest – does of course have its characteristic flaws. Many feel pressure, stress and imposter syndrome. At times, the all-pervading sense of immense possibility that one feels is so consuming that it can – and it does – bring to heel many students as they fathom whether their worth is ever enough for this intellectual arena, where every corner, nook and cranny of every building seems to whisper some centuries-old historical truth. .But it is precisely these moments that are formative, for my peers here are those who would cushion a fall and make it less painful, rather than complacently walk past while prioritizing intellectual betterment over genuine human connection. It would be highly amiss if I did not thank my upperclassmen from Patana for the generous help in ensuring my move here went swimmingly – Rita (Patana Grad ’13, Yale ’17), Pong (Patana Grad ’14, Yale ’18) and Shogun (Patana Grad ’15, Yale ’19).

So yes, college, is it what you make of it, and it is with this caveat that I respond to the Stover’s statement above. This is Yale, but this is not “it.” I would be highly naive to believe that the culmination of every great author read, every scientific law observed, and every historical fact interrogated lies before me in the form of charred cobblestone and Yale Blue Sweaters, because this is a place where we realize that the unexamined life is but an intellectual death, an immoral nonchalance for which only the Gates of Hell serve a fitting home. It is the duty of the Yale student to constantly examine – picking up the work of those authors, those laws, and historical facts, and using them as an impetus to pursue those twin symbols of greatness enshrined in Yale’s motto: Lux et Veritas – Light and Truth.