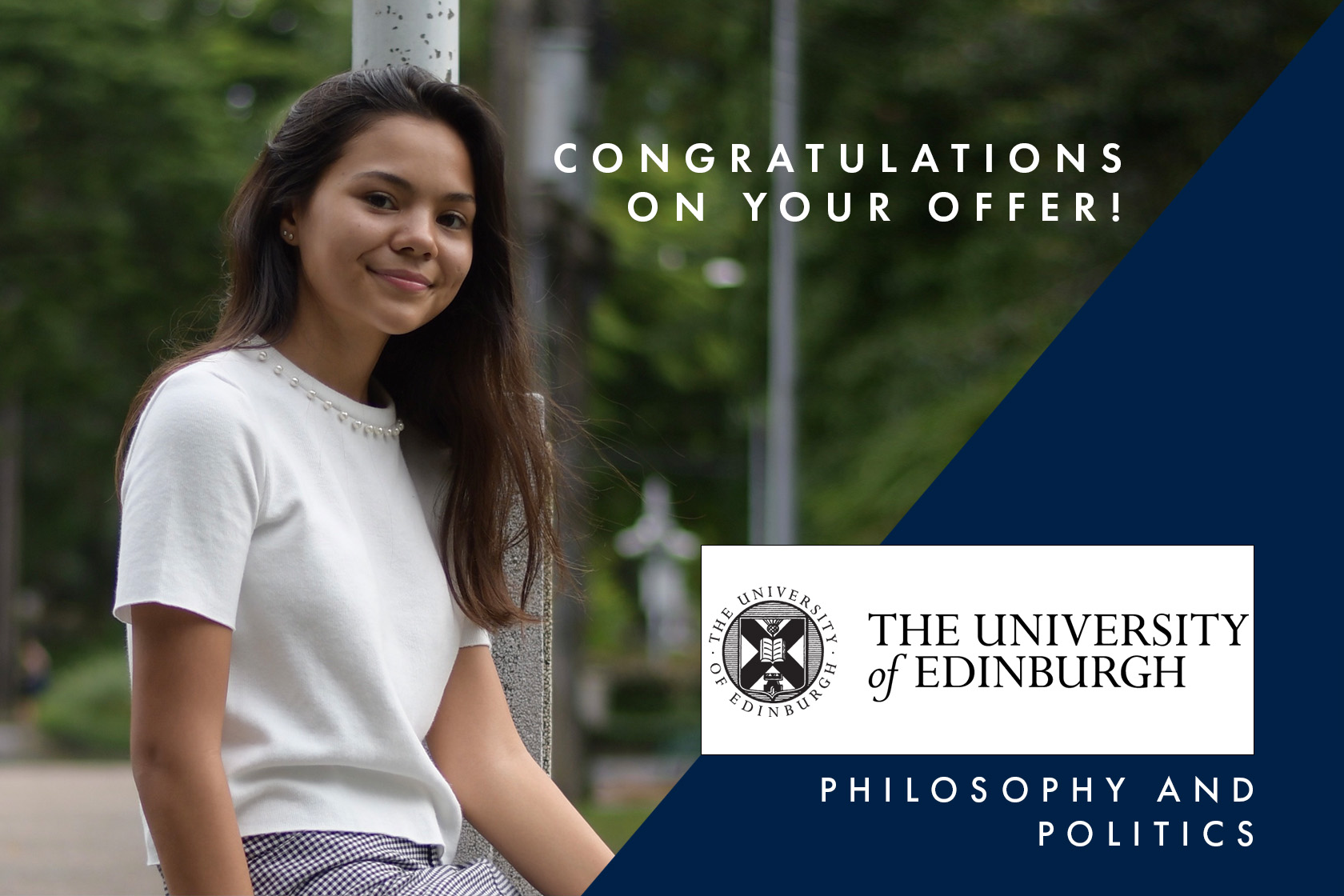 Congratulations to Samantha Wallace on her offers and her decision to attend the University of Edinburgh where she plans to study Philosophy and Politics.

“Since the start of IB, I have always been interested in studying in Scotland due to its flexible education system. As someone who is mainly interested in pursuing politics, but also wants to explore journalism, philosophy and continue studying foreign languages, that flexibility was extremely crucial to me when choosing a university. I was initially considering either St Andrews or Edinburgh but, in the end, decided on the University of Edinburgh. I am excited to be in a city that offers an expansive variety of experiences and cultures, as this is something that has been characteristic of my international upbringing.”

“I had intended to study Politics ever since starting the IB; I am particularly interested in the areas of global human rights and democracy. As for Philosophy, I think that doing Theory of Knowledge in IB definitely played a part in my appreciation for it. It’s a subject that effortlessly intertwines with many others, especially Politics, and I am excited by the prospect of challenging knowledge itself.”

“For the entirety of my time at Bangkok Patana, I have been involved in sports. I played on the basketball and football team and attended the FOBISIA games too. This was a highlight that I will always cherish and remember. I also attended SEASAC Arts in Singapore which was always a great way to meet new people.”

“Other extra-curriculars more relevant to my intended area of study at university included my role as the Vice President of Operation Smile where I was fortunate enough to attend an eye-opening mission trip to Surin and observe cleft-lip and cleft-palate surgeries first hand; participating in Model United Nations where I travelled to Shanghai to debate on topics such as the political and social implications of the Hajj pilgrimage; and being a Youth Leader for the UNDP-affiliated Annual Youths For SDGs Event.”

“In my more personal projects, a key theme that I have pursued is journalism. Given that 2020 was a complex year regarding global affairs and events, I founded World In A Post, which publishes monthly articles about topics from Women’s Rights in Turkey to The Climate Agenda of 2021. It aims to make the news accessible to people of all ages and shine a light on topics that aren’t covered in mainstream media.  Finally, being a Senior Delegate has undoubtedly been a meaningful role to have at  Bangkok Patana, and a great way to end my six years here.”