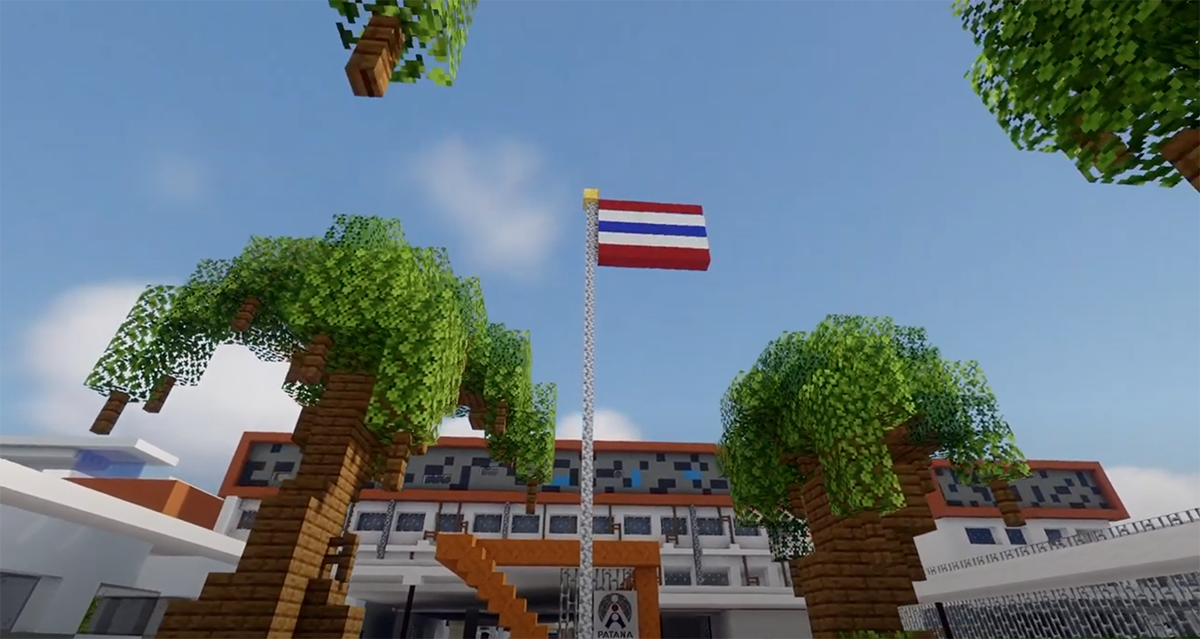 Our Year 13s left school without being able to say their proper goodbyes, but some of them have created a virtual legacy. With IB exams cancelled, and suddenly bereft of looming deadlines, two students decided to recreate our campus on Minecraft! Head Builders Muangthong (Thames) Tangitvet and Tinn Habanananda told us about their amazing creation – BPS Craft.

“We spent our Songkran holidays along with a team of other students. Many other schools and universities have recreated their campuses on Minecraft so we thought it would allow the students and alumni to connect with the Bangkok Patana community,” said Thames.

A team of 13 students have been working on the project for over two weeks. They range from Year 9 to Year 13. “First, we looked at Google Maps and measured buildings and mapped their relative positions. Additionally, we searched Instagram and the website for photos. However, Primary was the most difficult because we haven’t been there for a while and it’s been renovated,” Tinn explained.

The two Head Builders said BPS Craft is on a multi-player Minecraft server so anyone with an account and the link, which will be coming out 29th April, can join the project. BPS Craft released a trailer on Instagram, which quickly captured the attention of younger Patana students, many already asking if they could join the project! Even Mr Mills found out about it yesterday, exclaiming “This is brilliant,” so loudly that his words reverberated out of the Sala and throughout the empty campus!

“When we go off to college we can look back and enjoy our memories of school.”

Congratulations to the entire BPS Craft team! You can follow them on Instagram @bpscraft. Check out the launch trailer below and prepare to be amazed!