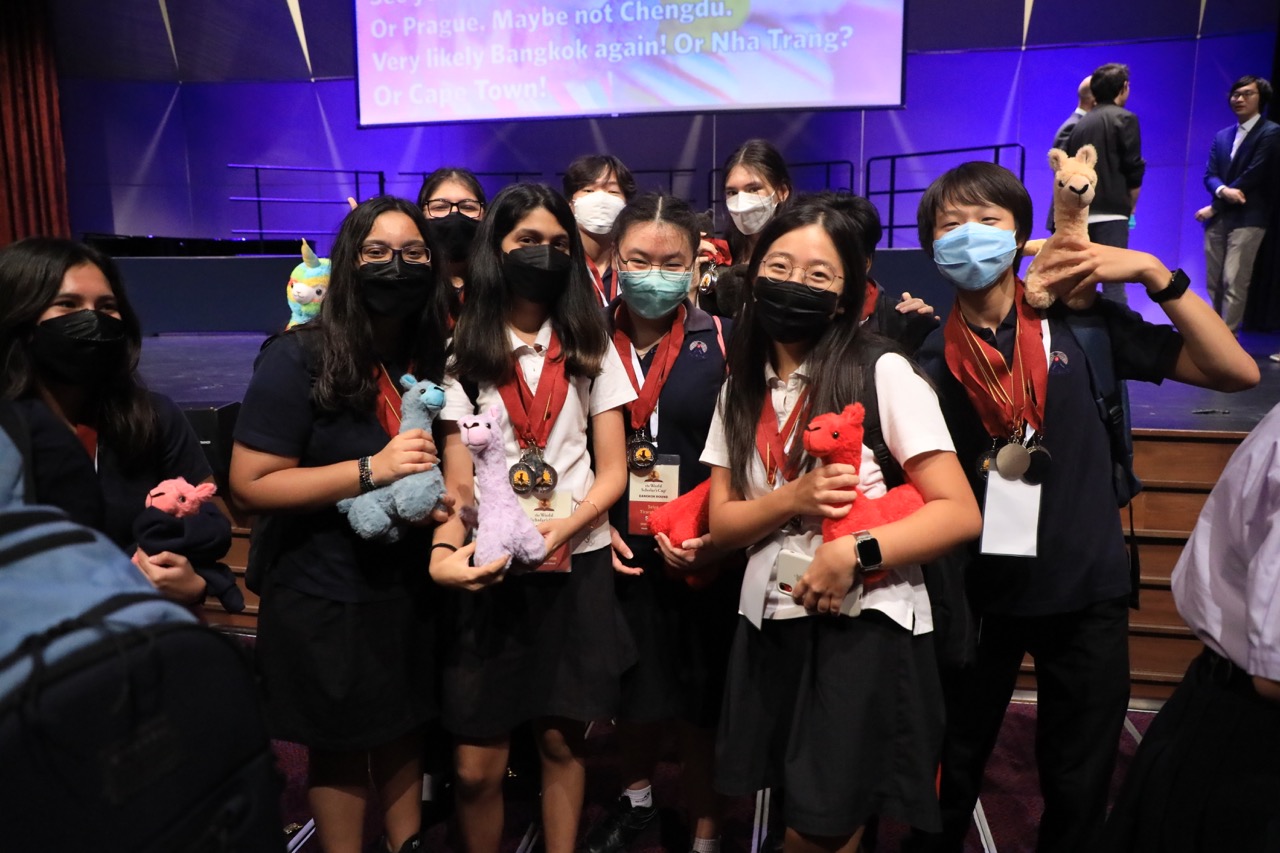 Over the past weekend, Bangkok Patana hosted the World Scholar’s Cup with over 240 students from 19 schools competing in the Regional Round of this year’s competition. The World Scholar’s Cup is held annually in countries all over the world and is a global academic competition featuring four events: Team Debate, Scholar’s Bowl, Scholar’s Challenge and Collaborative Writing. Competing scholars were arranged in teams of three and studied a wide-ranging curriculum of six subject areas. Each year’s competition has a new theme, so this year’s theme was inspired by the COVID-related cancellation of the previous two years’ events: A World Re-Renewed. Some topics covered in this year’s World Scholar’s Cup included the succession of leaders; geoengineering; the colonisation of other planets; sequels and reboots; the ethics of fast fashion; mistakes, apologies and recoveries; trends, memes and fads and much, much more.

Bangkok Patana entered 39 students into the competition in both the Junior and Senior Divisions. While it may have been the first time many of these students have debated or participated in such a rigorous academic event, their commitment and success was evident by their performance. Bangkok Patana students took home over 100 gold and silver medals, as well as several trophies between them! The Bangkok Regional Round is just the beginning – from here, each team is invited to the Global Round, also to be held in Bangkok later this year, to compete with teams from around the world.