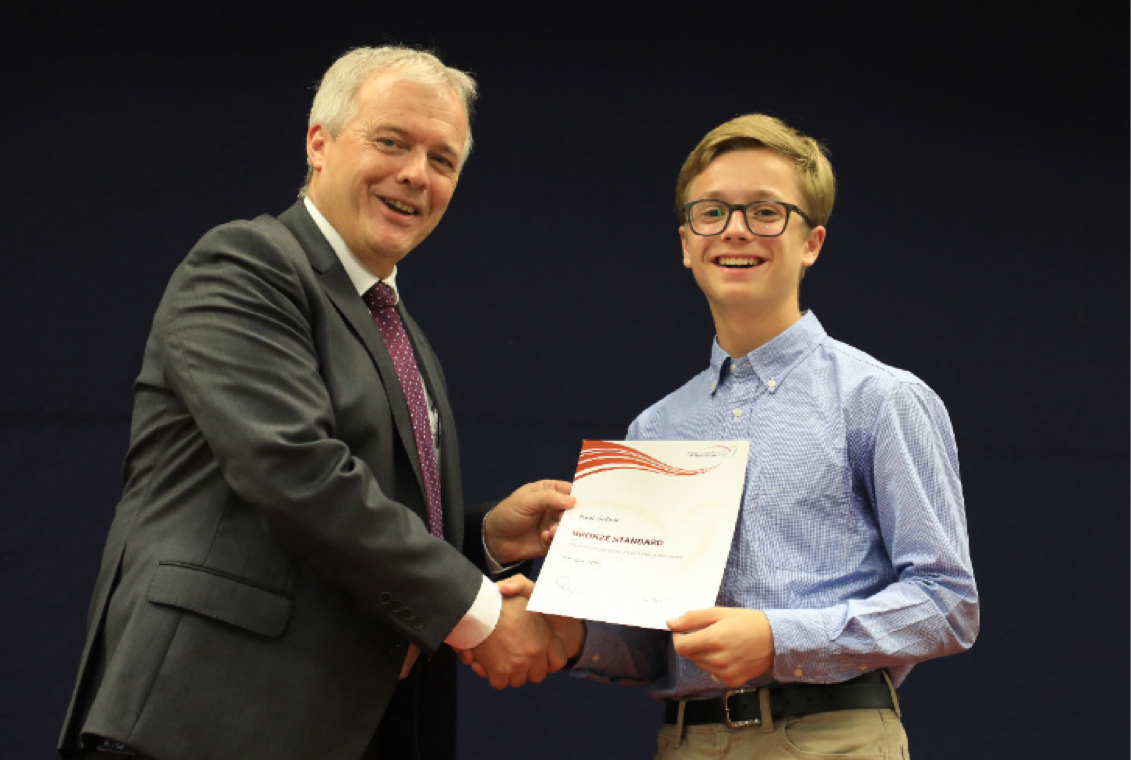 The Duke of Edinburgh’s International Award has been offered at Bangkok Patana for over ten years. In fact, we were the first organisation in Thailand to offer the programme. This year we had 22 Gold, 37 Silver and 87 Bronze recipients of the Award.

At each level, the students had to complete a range of tasks which included improving skills, engaging in sports, community service and adventurous journeys. The Gold Award students completed the programme alongside their already challenging IB work.

The pride was clearly shown on the parent’s faces as the students their Awards during the formal presentations. H.E. the Honourable Brian Davidson, British Ambassador to Thailand presented the Gold Level students with their awards, recounting his own experiences with the Duke of Edinburgh’s Award programme.

At the Bronze and Silver Award presentation, three brave parents volunteered to see if they could put up a tent faster than the students and yes they could, the parents took the win. However, the real winners were the Award recipients who have spent the last several months working towards making themselves a better version of what they were before they started the Award.