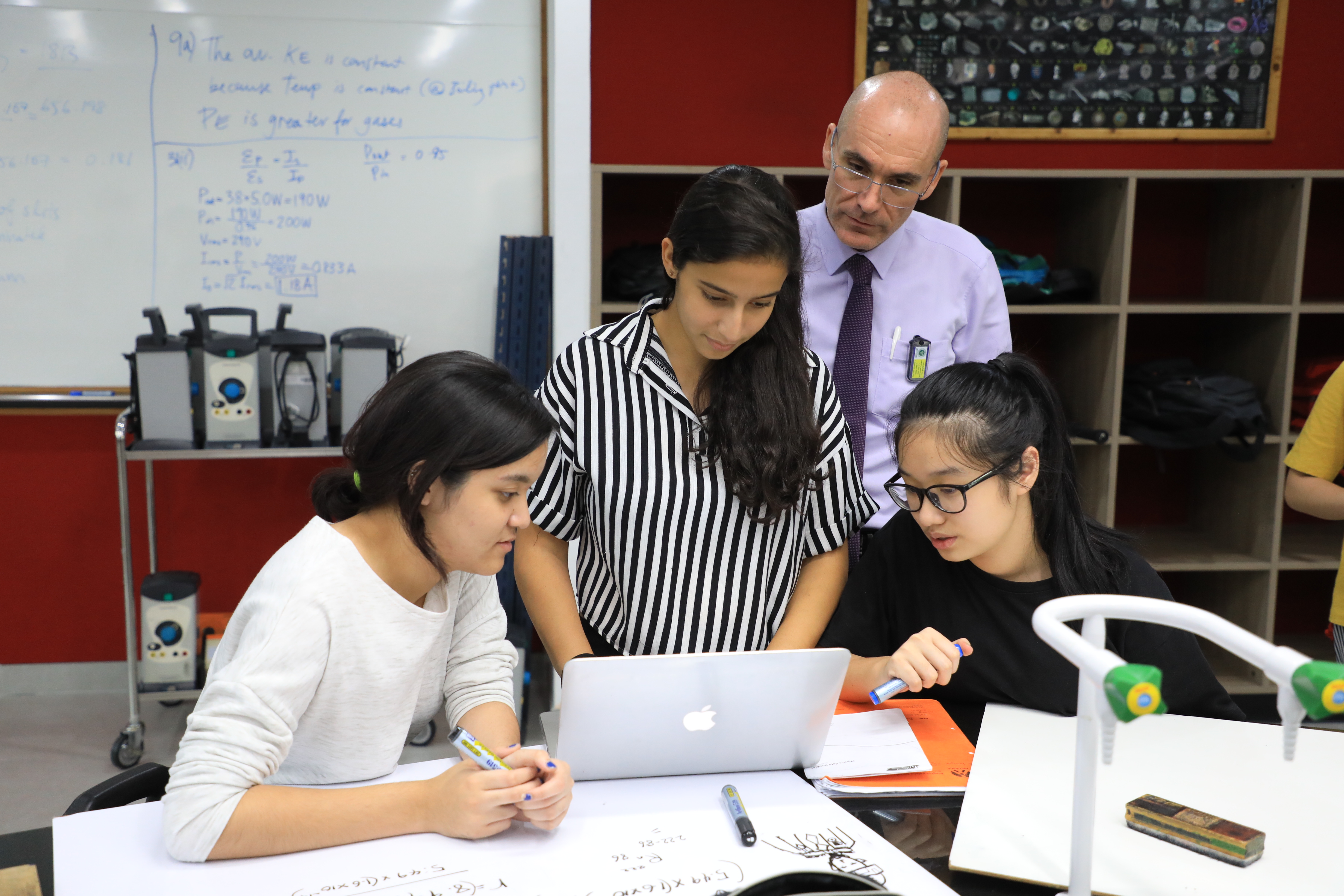 The Secondary Science faculty has a new piece of equipment that has students and teachers very excited – a Gamma Ray Spectrometer. “It’s a fantastic bit of kit – up until a few years ago, this sort of equipment was only available for university Physics laboratories. Just like visible light comes in different colours, from red to blue, so do gamma rays. The Gamma Ray Spectrometer allows us to measure the strength of these different ‘colours’ of the gamma rays and this can provide important experimental evidence for students about what’s happening inside the nucleus of radioactive atoms,” explained Matt Baker, Head of Secondary Science.

“In our IB Higher Level Physics lessons this week, we were fascinated to learn that, in addition to atomic energy levels being quantised, the energy levels within a nucleus are quantised as well. This means that a nucleus of an atom can only exist in certain specific energy states, and nothing in-between. This can be observed experimentally because two of the possible products of nuclear decay, alpha particles and gamma rays, are emitted with discrete energies; therefore a graph of particle energy against channel count shows individual spikes representative of well-defined nuclear energy transitions.

By using the schools brand new Gamma Ray Spectrometer, we got an incredible opportunity to see this quantum phenomenon in action. While experimenting with the radioisotopes Am-241 (an alpha particle emitter) and Co-90 (a gamma ray emitter), we watched the gradual build-up of data points to form a striking pattern indicating the discrete energies produced in alpha and gamma decay. We then researched the common decay pathways of these elements to help us interpret the data from the spectrometer.

After switching the source to Sr-90, (a beta particle emitter) we were surprised to see a continuous distribution in the spectrum rather than discrete energies. So why is it that beta decay shows a continuous spectrum rather than a discrete one? We learned that to explain this unexpected result, a new particle was postulated in the 1930s which was named the neutrino by Enrico Fermi; but the neutrino then proved to be so elusive that it was not observed directly until more than two decades later! By using the new Gamma Ray Spectrometer, we were able to consolidate our understanding of Nuclear Physics. It was a great opportunity to see the theoretical knowledge we gained from our textbooks brought alive by an experiment.”
Yuqing Wu and Anya Paopiamsap, Year 13, IB Physics students

“I’m very proud that Bangkok Patana School is once again at the very forefront of Science education by investing in up to the minute practical resources to enhance the learning of our students,” said Mr Baker.