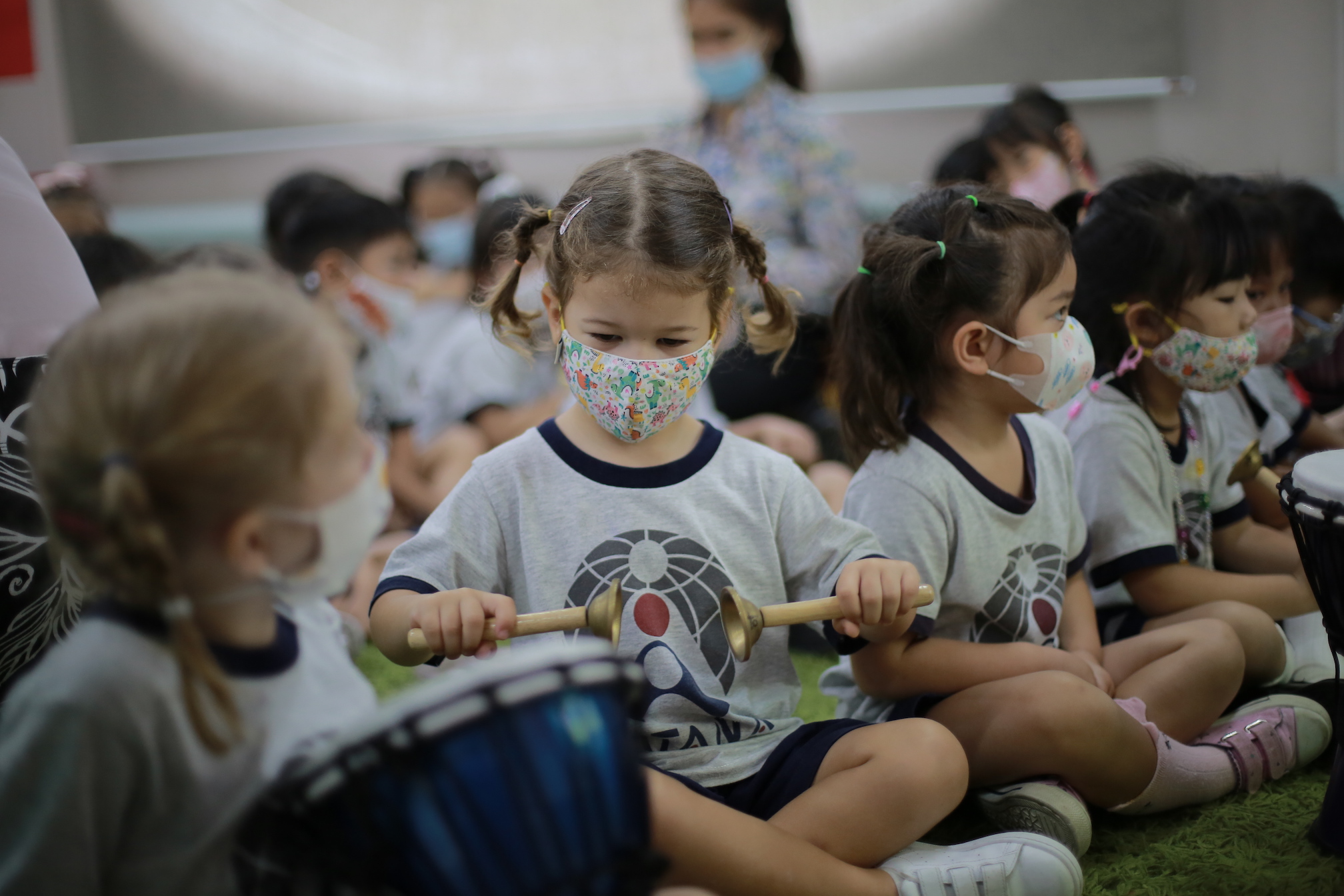 Did you know that each person has their own sense of rhythm? So it was natural that the children in Foundation Stage were very happy to be making music and learning about varied sounds. They took turns trying out instruments and comparing the different sounds they made. The children learned how to describe the sounds and used them to explain more about their instruments. They also learned about the Thai festival, Loy Krathong, and sang songs associated with it. Outside Music lessons, students made their own krathongs and decorated them beautifully, they are ready for Loy Krathong!