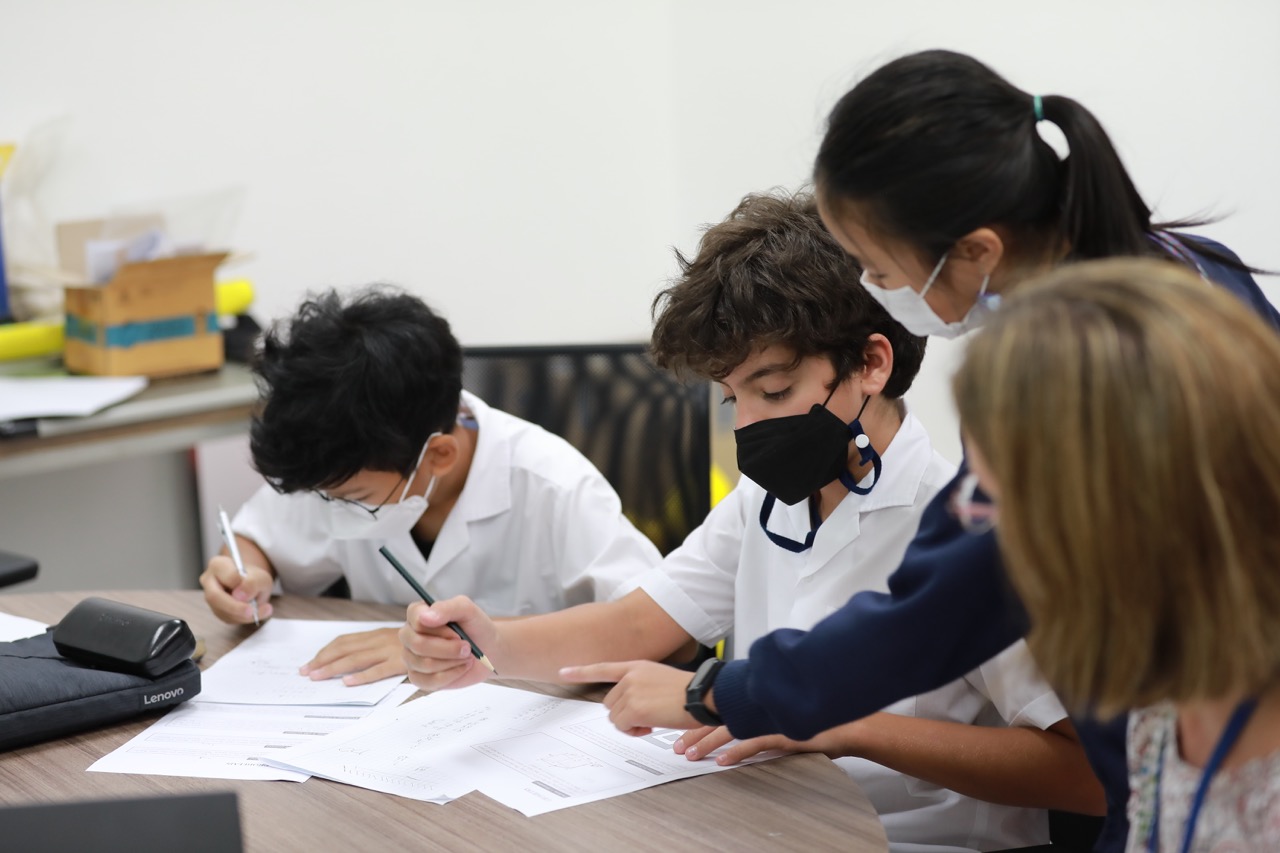 Over the course of two days, 38 teams from over 20 schools competed virtually in the 2022 FOBISIA Maths Competition. This year’s event was hosted by Haileybury Almaty International School in Kazakhstan, with two Bangkok Patana teams competing, comprised of students in Year 6.

There were different rounds with various styles of questions and formats. “It was fun, I think we did pretty well in the first round, particularly as we didn’t have any past competition experience,” Max commented after the first round- a grid game that consisted of geometry, word problems and number problems. The virtual football game, where the contestants had to answer questions to score goals and points, required on the spot thinking and speed, which put the teams under lots of pressure. “Teamwork is the key to success,” Hanson said after a victory against their opponent.

The final round was a problem-solving game that lasted for seventy minutes. The contestants learnt to trust each other, work strategically and have confidence in themselves in order to answer as many questions correctly as they could. “The amount of motivation and determination was absolutely brilliant. We had faith in each other, we were driven to support our team and to prove our thinking” Nia added enthusiastically.

When asked what the contestants have learned, the Bangkok Patana Maths Team said that they have learned to trust each other, persist, communicate and to persevere. With constant teamwork, both teams were confident in their abilities and earned success. While they did not win overall, they thoroughly enjoyed their two days of mathematics! “I was satisfied to know how much my cooperative skills and confidence had improved after this event.” Momo reflected.

Team Members: Nia and Momo from 6D, Bayla and Max from 6S, Raman and Hanson from 6T and Lucas and Tonsol from 6P. Article written by Torres with help from the Maths team.