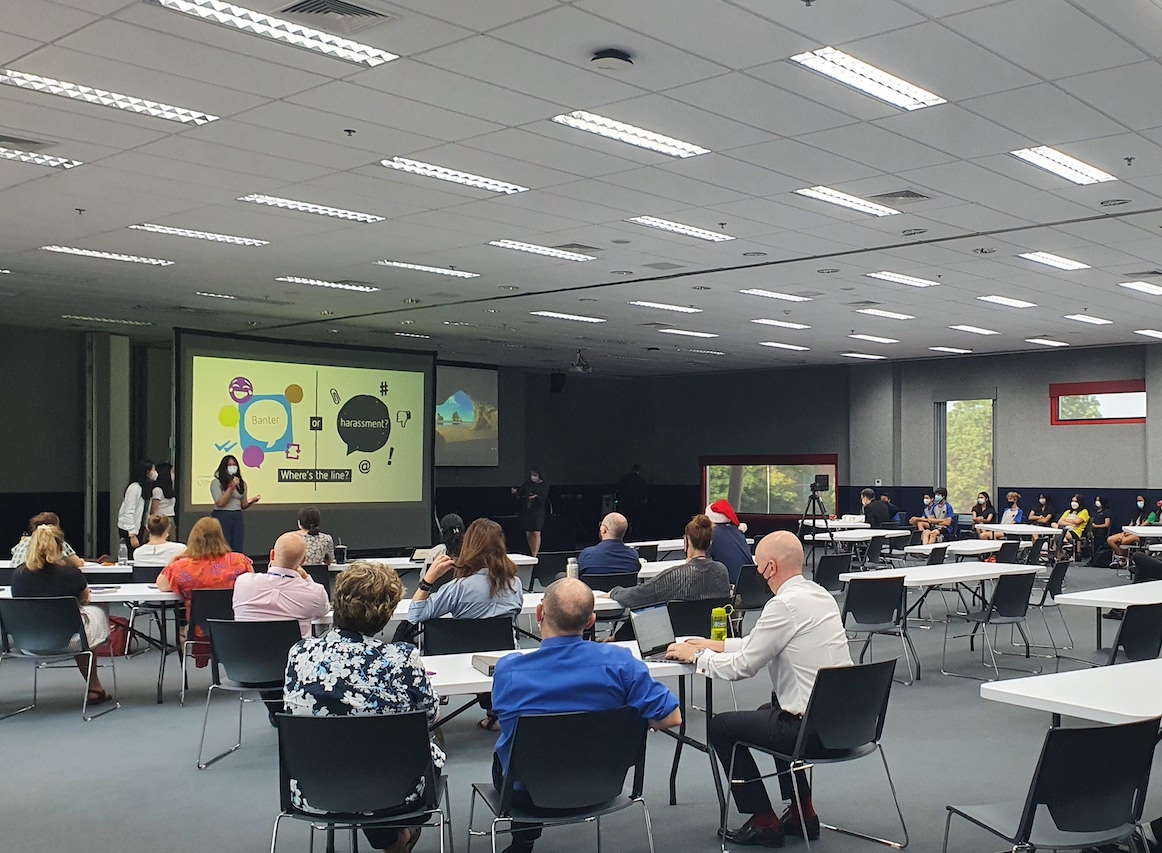 This week’s Student-led CPL session focused on the extent to which our community genuinely lives our values of diversity and inclusivity. The normalisation of discriminatory language was raised by the student group Spectrum and the Student Delegates. They wanted to help raise awareness of this issue, particularly with staff. This then led into a wider discussion about the use of language in school. This discussion included when ‘banter’ is acceptable and not acceptable. A series of meetings were held with Spectrum, Senior Delegates, Junior Delegates and a group from the JSRC, with Academic Leadership facilitators.

Students initiated the idea, but also planned and executed the CPL. They showed incredible passion, integrity and authenticity, as well as their organisational skills. Student presenters tailored the session to a sophisticated appreciation of their audience. They showed remarkable agility in switching from a purely online event to a live event in the Conference Centre. Their presentation included sketches, live presentations and real-life interaction between students and staff.

Feedback from staff has been overwhelmingly positive, both about the value of the session itself and in regards to student-led CPL. The praise for the students has been both effusive and universal.