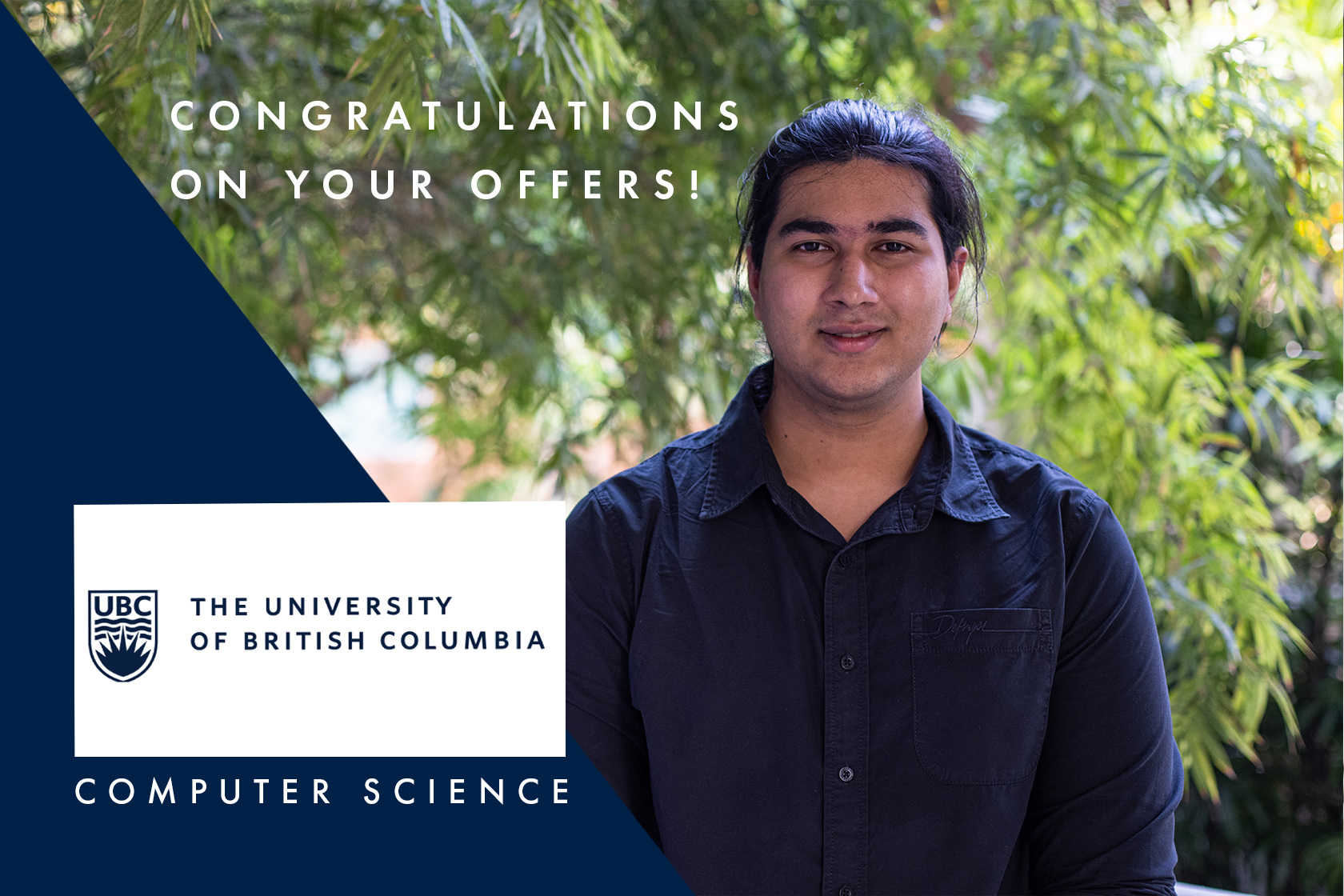 “I applied to several countries, including the UK, Hong Kong and Canada. I diversified my applications because I wanted to get into the best Computer Science programme possible and learn more. I believe any of the universities that I applied to would have been able to help me learn more about this field and expand my current horizons into becoming a better developer.”

“However, my first-choice university is the University of British Columbia because they are very well known for their Computer Science programme and have a lot of intriguing research in the field. Additionally, I will be able to have many new experiences, such as a complete climate shift from Bangkok’s hot and humid weather to extreme cold. I will also have the opportunity to connect with and make new friends, as well as reconnect with old ones that are currently attending the university.”

“I have always been fascinated by Computer Science; every day we come across technology as it is a normal part of life. However, we fail to realise how much easier it makes our lives. The mindset behind every computer scientist is to take an existing idea and simply make it better and easier to access. This ideology is what attracted me towards Computer Science.”

“I have been involved with many extra-curricular activities in my seven years at Bangkok Patana, including The Duke of Edinburgh’s International Award – both Bronze and Silver, the UKMT Junior, Intermediate and Senior Mathematical Challenges, winning Silver twice in the Juniors, Gold in the Intermediate and Bronze in the Senior. I was Vice President for both RISE and One 4 One CAT clubs and was on the school Robotics Team. I also took part in several internships with Agoda and Mille Group. I enjoyed challenging myself so also took part in Harvard CS50 Puzzle Day.”