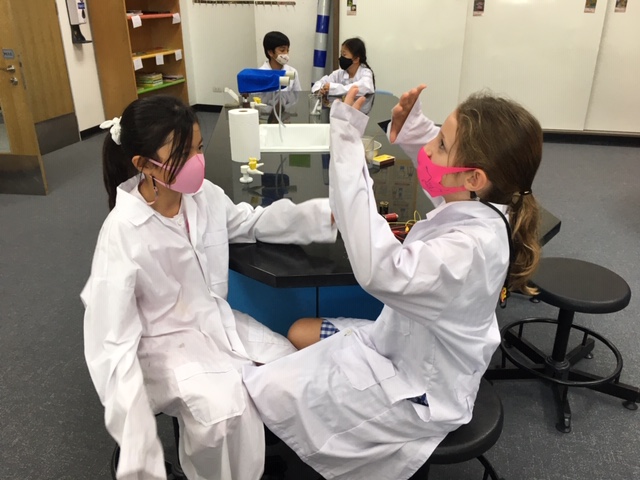 Year 5 students are using the knowledge they gained in their Atomic Theory and Science lessons to find hydrogen in water. When learning about space and the planets, they found out that five out of eight planets in the solar system are mostly made up of hydrogen. This inspired them to try to separate hydrogen from oxygen using electrolysis in the Science labs. Using saltwater, a battery and some paper clips they gathered hydrogen into a test tube. To test that it really was hydrogen, they did the ‘glowing splint test’ (using a lighted splint to ignite the hydrogen gas) and listened for a popping sound. Some were successful while some, unfortunately, let their hydrogen get away! (We were going to give you a sodium and hydrogen pun here, but NaH!)