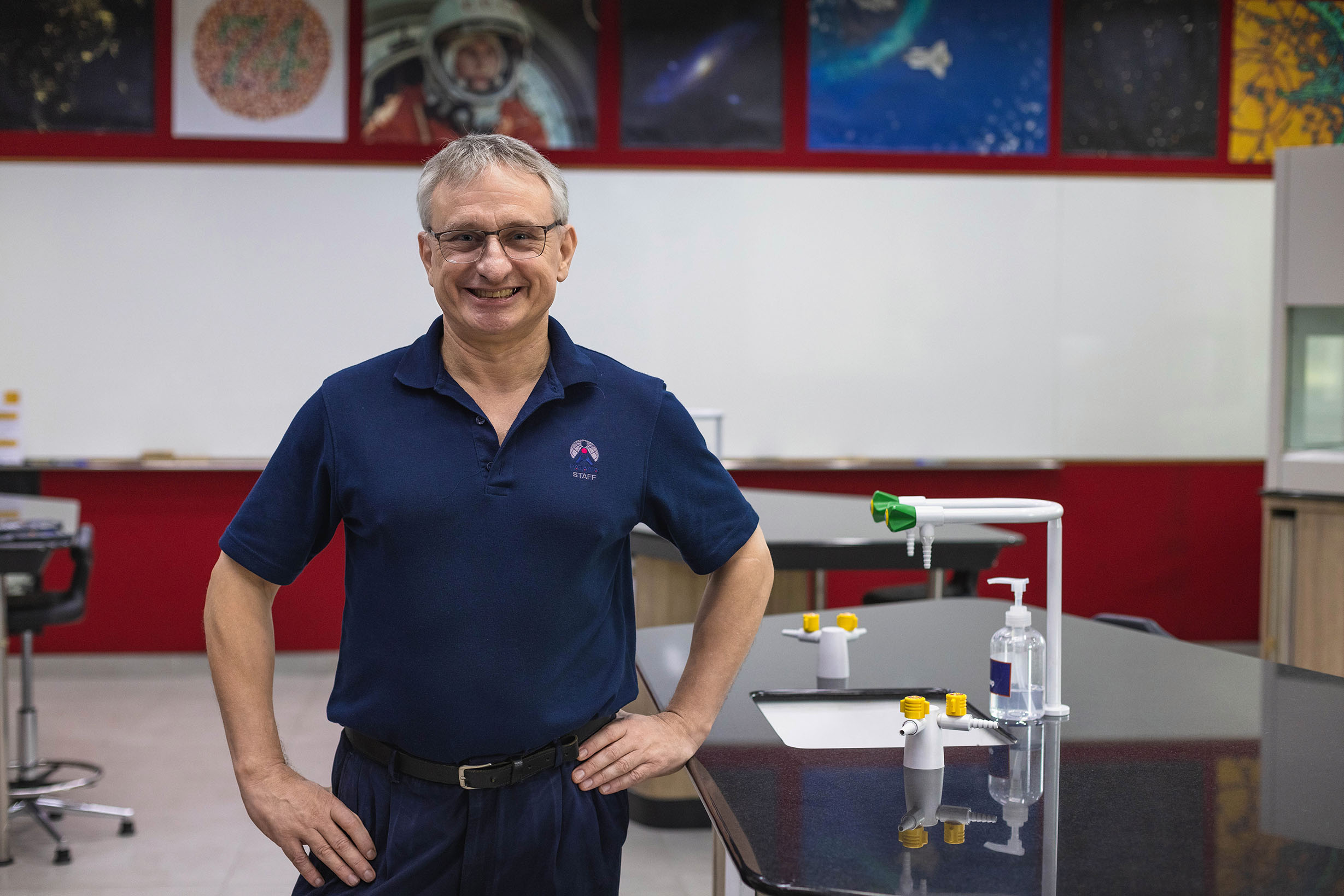 Welcome back to Clive Bryan! Clive is our new Physics teacher, or rather not new but a returnee. He left Bangkok Patana five years ago after a 15 year career at the school but is happy to be back!

“I returned to Bangkok Patana after a five-year break, I’ve been living near the school – and it’s great to come back and see the amazing Science building. It is wonderful to see so many new teachers and a few teachers that I knew previously and the lab technicians. There is such warmth from the people here. We talk about the Patana community, but you really notice it when you come back. I felt I wanted to try something different for a few years, so I worked as a few other schools and did some share trading, but it was quite boring. I really missed the interaction – the sharing of ideas.”

“I started my teaching career in Somerset but after a while I realised I needed to see the world and have a closer look. So, my first international job was in Valencia in Spain for a few years and then Oman and then I was fortunate enough to be appointed to Patana! After Bangkok Patana I taught at three schools in between, one in Yangon, one here in Bangkok and one in Rome filling in for another teacher, at the school Helen Thew taught at for five years interestingly enough! Small world, big Patana!”

“The greatest thing in my previous schools was working with students who were weaker in subjects or with special needs. I have had a lot of practice with special needs students as well as students limited in English. I find having that experience allows me to focus on the student and not just the topic. I also learned to focus more on the students in the middle rather than the ones on either end. I have relearned that with students of this age, you can’t assume that they are going to be able to cope and that they may need extra care and understand that each student has their own goals.”

“I enjoy exercising regularly, running, weights. I also play guitar — I am a persistent but incompetent guitarist! Other than my guitar skills, I think the strangest thing is that I took over the job of a Physics teacher in Rome who was head-hunted by NASA – it was all quite hush hush. I never did find out what he was recruited for!”