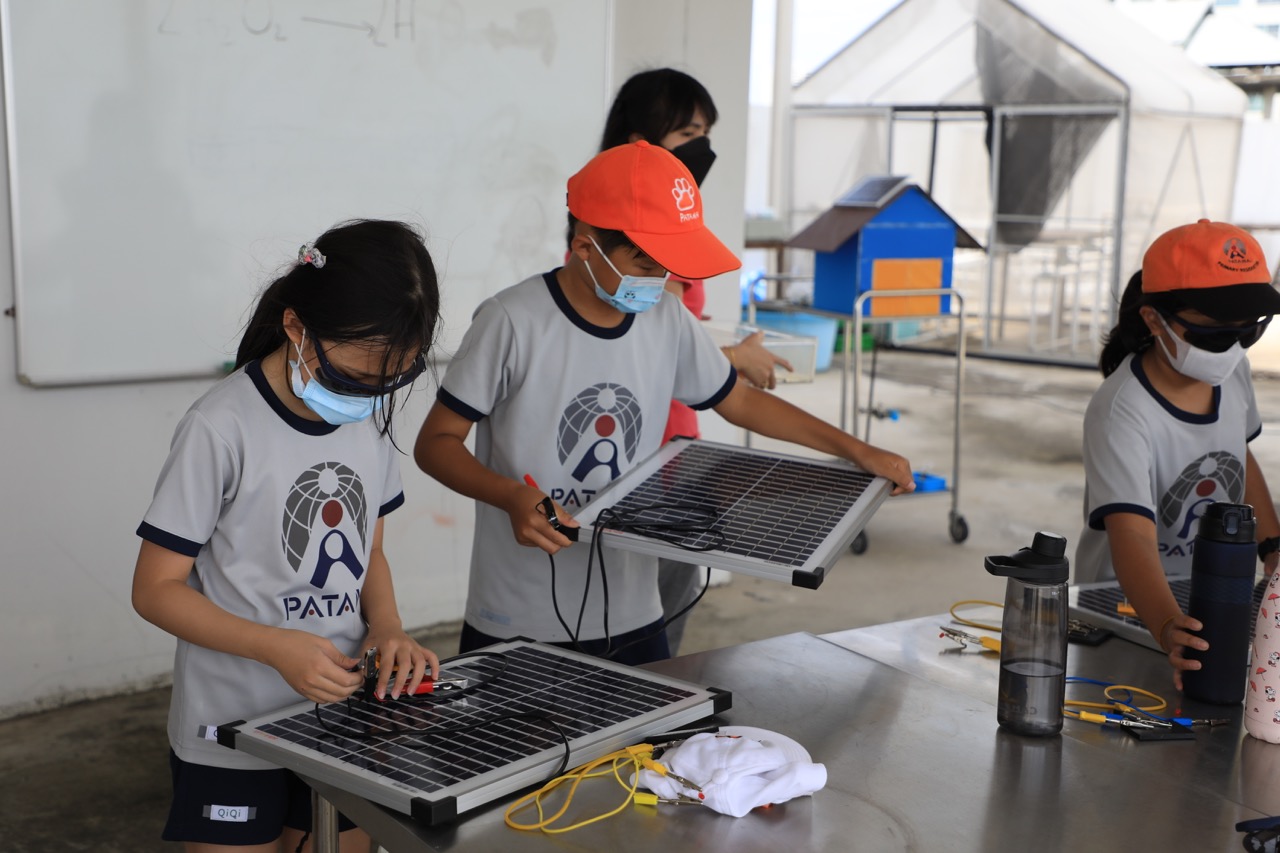 Year 4 had a powerful learning experience, visiting the roof of the Secondary Science Centre to learn about solar panels. As they are currently learning about electricity, Khun Ploy and her team of technicians guided Year 4 students through building their own circuits out of miniature solar panels, wire and a bulb. When they held the panels to the sun, they were amazed to see the bulbs light up! In the shade, however, the circuit was broken and could not generate any power, causing the bulb to turn off. The students learned how the energy from the sun is converted into electricity through these circuits and can be used to then power anything electrical. Demonstrations followed with increasingly larger panels and various outputs, such as motors, buzzers, and small-scale household lights. There was even a small solar-powered car!

The Year 4 students were excited to find out that they were, in fact, sitting right underneath a roof made of solar panels, which provide around 20% of the electricity used in the Secondary Science Centre. These are only some of the many panels around campus that contribute to Bangkok Patana’s sustainability efforts. Upon returning to their classes, Year 4 students then examined graphs showing how much power was produced and used on two separate days. They were interested to see how much of an impact cloud cover can have on the total amount of energy generated. This was a very powerful learning experience for Year 4 students in many ways – from climbing the famous staircase in the Secondary Science Centre, to watching energy be transformed before their very eyes.